Trump, GOP May Find a Way to Make the Corporate Tax Rate Lowest Since 1940 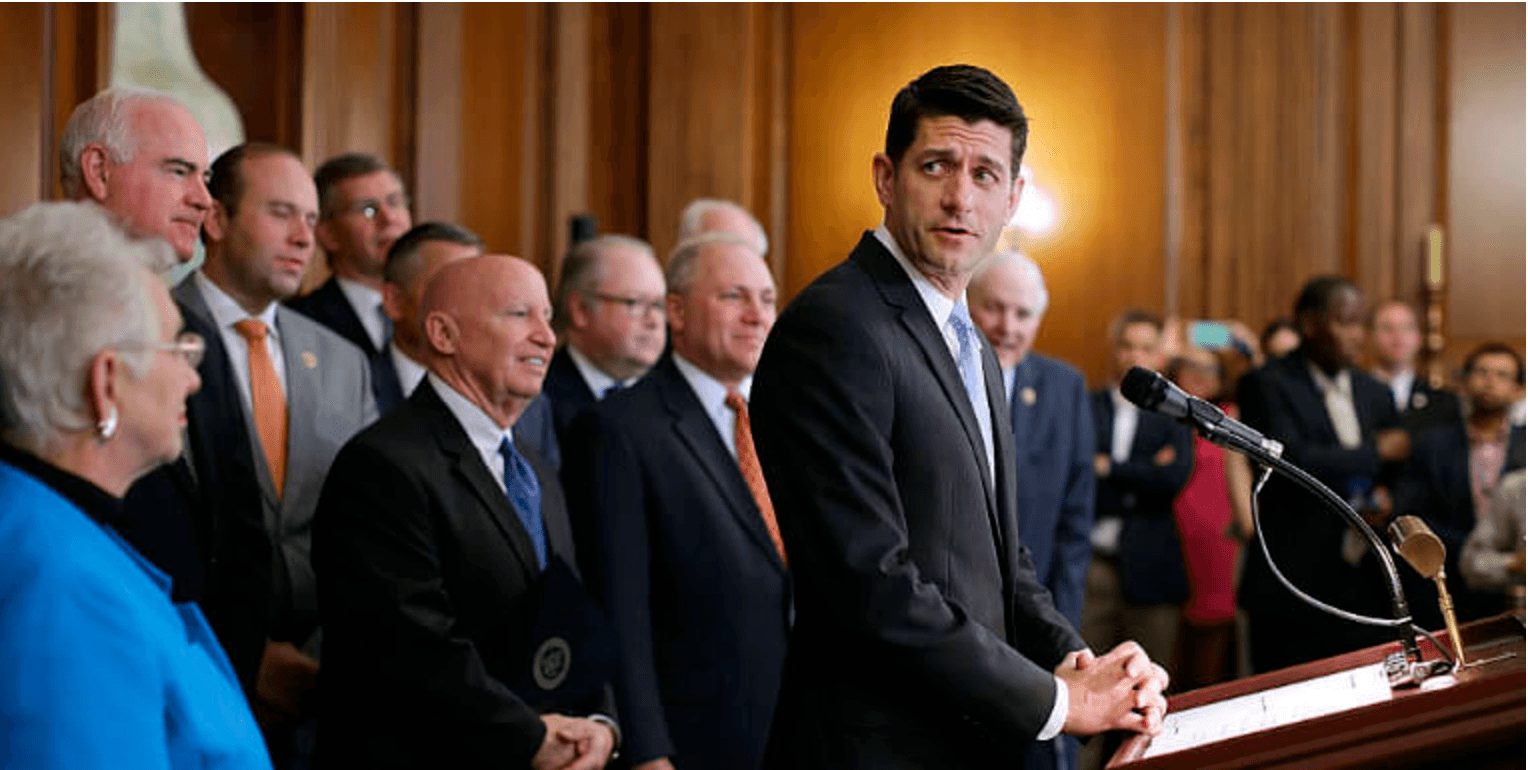 GOP leaders and the White House are putting together the pieces of a plan that could make way for a 25 percent corporate tax rate, which would be the lowest since 1940.

Leaders in the White House and on Capitol Hill appear to be well on their way to a 25 percent corporate tax rate, according to a new report from Politico.

The D.C. publication’s Nancy Cook reported on Tuesday morning that top Trump aides and congressional leaders “have made significant strides in shaping a tax overhaul,” with the target being a drop in the corporate tax rate from 35 percent to “between 22 percent and 25 percent.”

A 10- to 13-point drop in the corporate tax rate would cost anywhere from $1 trillion to $1.3 trillion over 10 years. So how does the GOP pay for that, fulfilling Senate Majority Leader Mitch McConnell’s suggestion that tax reform be “revenue-neutral“?

According to Cook (emphases ours):

There is broad consensus, according to five sources familiar with the behind-the-scenes talks, on some of the best ways to pay for cutting both the individual and corporate tax rates.

The options include capping the mortgage interest deduction for homeowners; scrapping people’s ability to deduct state and local taxes; and eliminating businesses’ ability to deduct interest, while also phasing in so-called full expensing for small businesses that allows them to immediately deduct investments like new equipment or facilities.

Estimates vary, but of these ideas:

Add all of this up, and the tax reform team is looking at $1.4 trillion to $1.9 trillion of 10-year savings. That could easily pay for a 25 percent – or 22 percent – corporate tax rate, and smaller individual tax breaks.

The corporate tax rate hasn’t been under 30 percent since 1940.