Uh-Oh, Bernie is Getting Sued by The Police For a Very Unsurprising Reason… 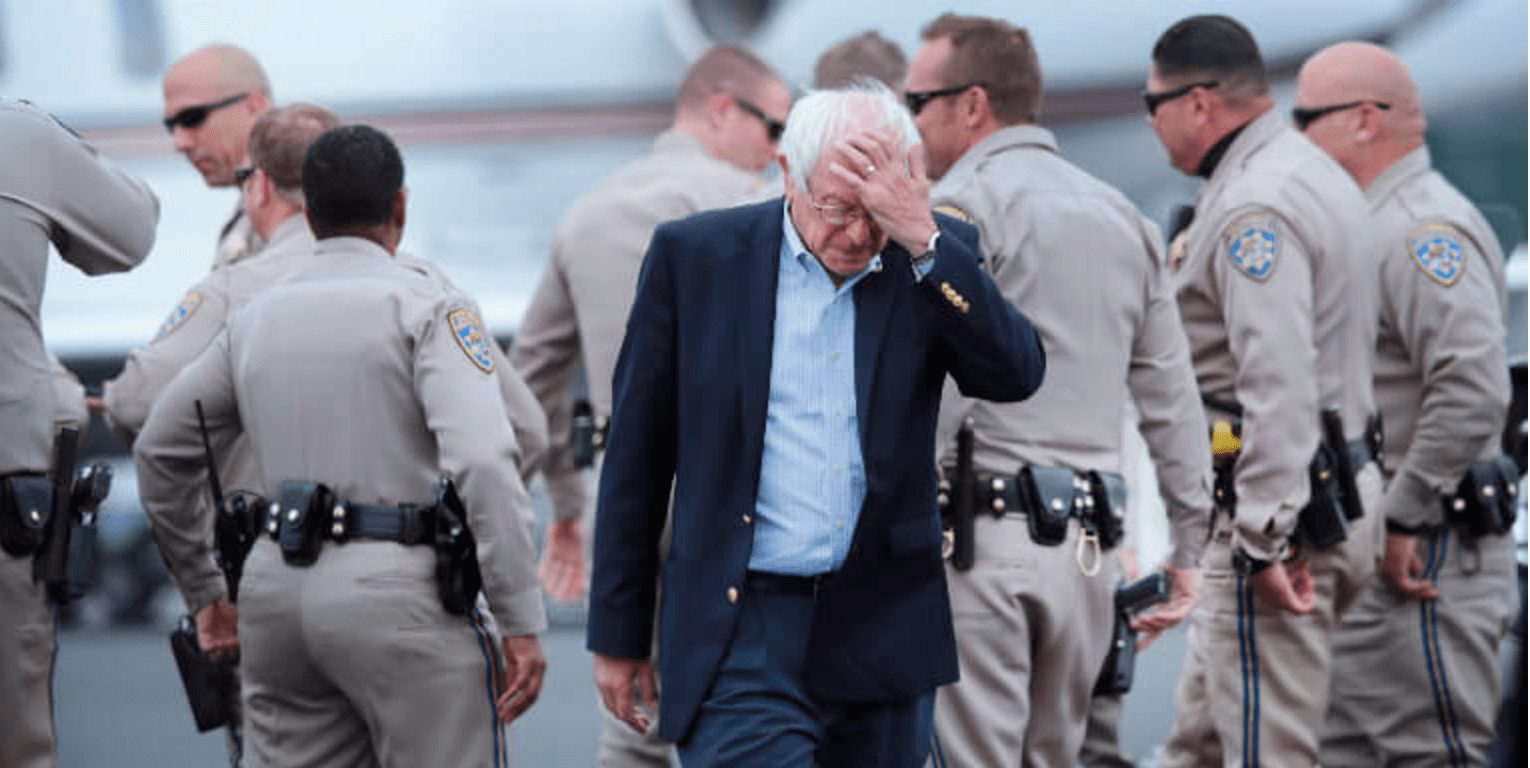 Sanders’ campaign held a rally in a town just south of San Diego in May 2016 and never paid for the service of local police and public works employees.

Though the speeches are over and the bunting long packed away, Sen. Bernie Sanders’ (I-VT) 2016 presidential campaign is back in the headlines, and not in a good way.

NBC’s San Diego affiliate reported that National City, a town just south of San Diego, is working with a debt collection agency to get money it is owed by the Sanders campaign for a rally the socialist held at Kimball Park in May 21, 2016.

“There was a number of requirements from secret service and the campaign that the city needed to provide,” said Mayor Ron Morrison Tuesday. “We could not go less than what the secret service was requiring. So we had to bring in police on overtime and Public Works on overtime. So the only thing that we are asking for is what those costs were.”

The mayor said after late fees are factored in, the Bernie Sanders campaign now owes over $31,000 to National City.

In October, the Sanders campaign told San Diego’s News 7 that “police overtime costs are the responsibility of the Secret Service.” Secret Service said they could not pay “for campaign stuff,” according to National City Mayor Ron Morrison.

Sanders’ National City event was so last minute – put together within 72 hours – that there was not time to collect the fees up front, according to the mayor, who said he doesn’t know why the Sanders’ campaign is playing hardball over money owed to public employees.

“They still have a campaign account,” Morrison told NBC 7. “It is still very well funded. So we’re perplexed on why they’re not just paying it.”

Previous Article
As Many as 30 Democrats Might Not Back Pelosi as Leader in 2018
Next Article
Huge: Trump Announces Drastic Action He Is Taking If He Doesn’t Get Wall Funding