WATCH: Bannon Reveals Why Chris Christie Was Not Given Cabinet Position… 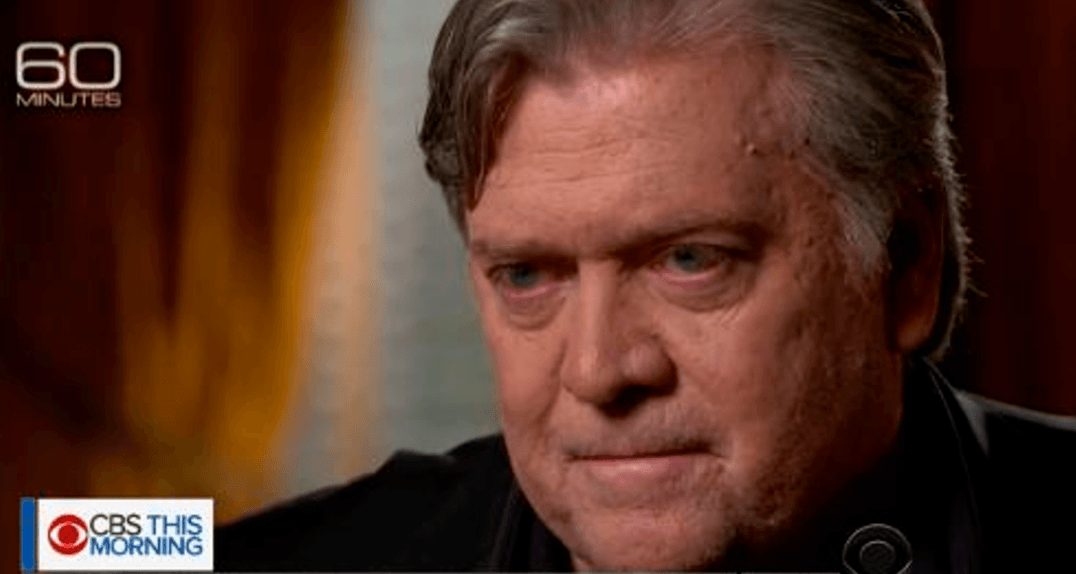 New Jersey Gov. Chris Christie missed out on a possible post in President Donald Trump’s cabinet because he wasn’t sufficiently loyal during one of the more scandalous moments of the 2016 campaign.

“Billy Bush Saturday showed me who really had Donald Trump’s back to play to his better angels,” Bannon said. “All you had to do, and what he did, was go out and continue to talk to the American people.”

In “Access Hollywood” footage from 2005, Trump’s microphone was on and recording as he talked to Bush about a co-star Trump was going to be working with. Republicans and Democrats alike condemned Trump’s lewd comments about grabbing women by the genitals, but Trump and his campaign dismissed it as “locker room talk.” Christie’s silence on the tape was noted at the time.

“People didn’t care. They knew Donald Trump was just doing locker room talk with a guy,” Bannon told Rose. “And they dismissed it. It had no lasting impact on the campaign. Yet, if you see the mainstream media that day, it was, literally, he was falling into Dante’s Inferno.”

“I did,” Bannon said. “You know, I’m Irish. I gotta get my black book and I got ’em. … Christie, because of Billy Bush weekend … was not looked at for a Cabinet position.”

“He wasn’t there for you on Billy Bush weekend so therefore he doesn’t get a Cabinet position?” Rose asked.

“I told him, ‘The plane leaves at 11 o’clock in the morning. If you’re on the plane, you’re on the team,’” Bannon said he told Christie.”

More of Rose’s interview with Bannon will air on CBS Sunday Morning and on “60 Minutes” Monday.

Previous Article
Prosecutor Moves Suggest Charges Forthcoming Against DWS Aide – Is DWS Next?
Next Article
Man Gets Incredible Revenge On Thieves Who Stole His Packages – VIDEO