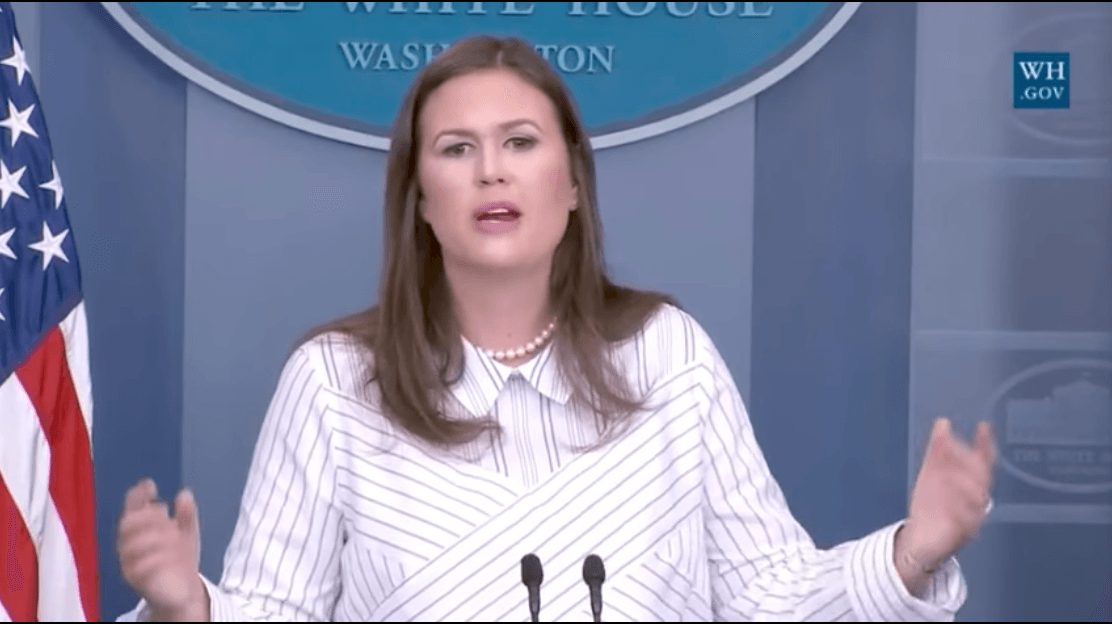 The White House Press Secretary said that Clinton’s insistence on inserting herself into the national spotlight was “sad.”

“Whether or not he’s going to read Hillary Clinton’s, I’m not sure, but I would think he’s pretty well-versed on what happened,” Sanders said.

The press secretary also stated that the events of 2016 were “pretty clear to all of America.”

Sanders then went after Clinton.

“I think it’s sad that after Hillary Clinton ran one of the most negative campaigns in history and lost, [that] the last chapter of her public life is going to be defined by propping up book sales with false and reckless attacks – and I think that that’s a sad way for her to continue,” she said.

Clinton released the book detailing her perspective of the 2016 election on Tuesday.

Previous Article
Shock Poll: Hispanics Weigh-In on Sanctuary Cities And Their Response is Overwhelming
Next Article
Pelosi Unhinged – Makes Horrible Statement About What Republicans Want To Do To Dreamers – VIDEO