Must Watch: Matt Lauer Goes After Clinton Face-To-Face – Asks Her If She Shares Any Blame – Fireworks Ensue…. 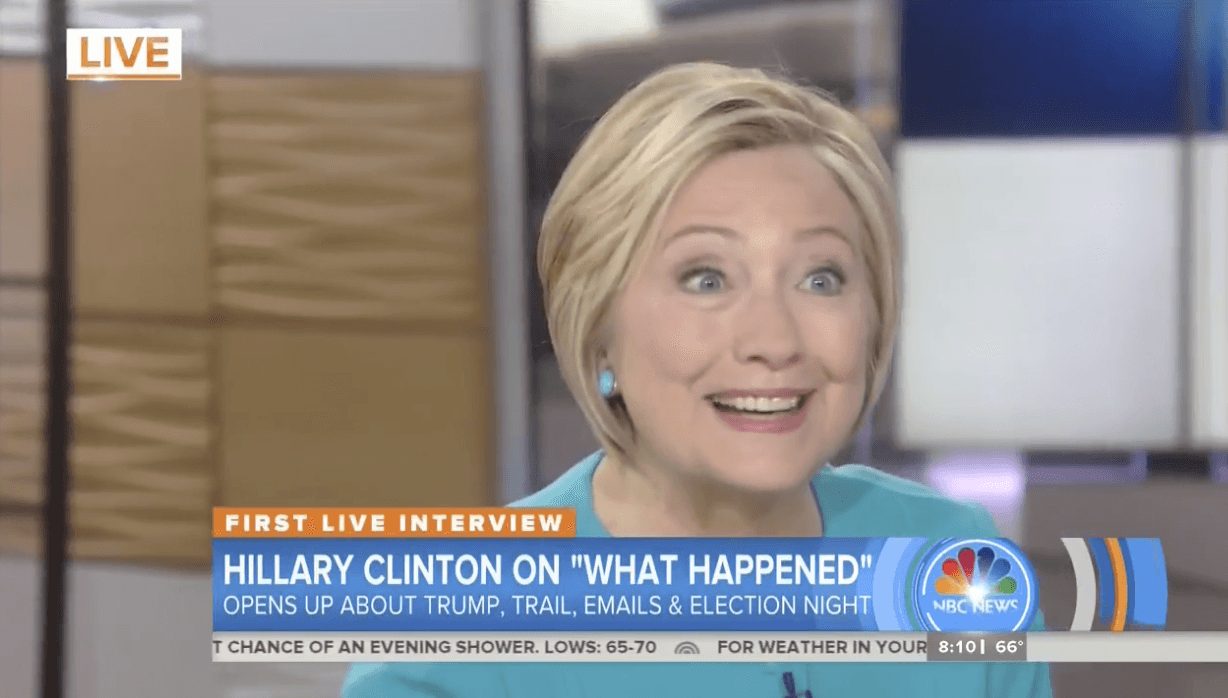 On Wednesday Hilary Clinton stated she didn’t make enough mistakes to lose the 2016 presidential election on her own.

Clinton went on air with NBC host Matt Lauer, who stated that “there was a lot of criticism about others” in her new book. Lauer also stated that there are a couple of pages where, “in full disclosure” she criticized him in her book.

“When it comes to the self-inflicted wounds when you look at the list of them … did you make enough mistakes yourself to lose the election without any of the other things you talk about?” Matt asked. “I will say no, Matt,” she said. “I don’t think that will surprise you. Clinton continued on to explain the book wasn’t all “sad” despite what she called losing “somewhat bitterly”
“I personally believe that our press, which is such an essential part of our country, our democracy, has to take some hard looks at how it covered what was the first reality TV candidate, and I understand how difficult that was,”

In the book, What Happened, Clinton wrote about everything that kept her going during a “challenging time”, heroicly stating what it took to be a woman that is running for office. She went on to say that it is not all about the depressing defeat, but more about the “fun times” and the pride she gained from the experience.