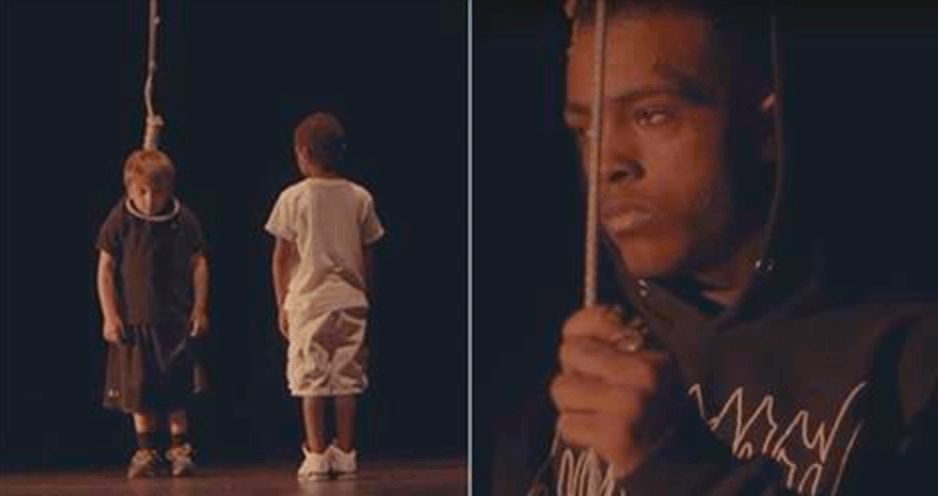 The rage on twitter has been intense and many are calling for his Youtube page to be un-monetized, a move Youtube has made for several controversial conservative personalities.

The rapper, who goes by the name “XXXTentacion” released the music video for his most recent song called, “Look At Me!”. People certainly are now, but maybe not the way he intended.

Several images from the video are below.

In a scene that was clearly designed to evoke maximum emotional response, the rapper can be seen walking a black and white child both to a noose.

The rapper whose name is Jahseh Dwayne Onfroy, then places the noose over the head of the white child while the black child watches.

The white child is then depicted strangling to death while being hung.

Many have questioned the type of parent that would allow their children to participate in such an awful project or work with such an awful artist.

Astonishingly, he seems to be reveling in the negative attention the video has brought proven by his retweeting of a Fox News story about the video.

Previous Article
This DACA Deal Is All Over The Place – Here Is Everything You Need To Know
Next Article
Reporter Asks Sarah Sanders to Name One ‘Factually Incorrect’ Thing in Hillary’s Book. She Has the Perfect Response