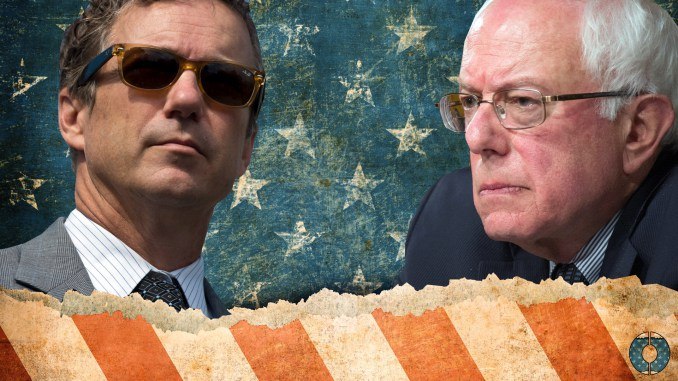 The Kentucky senator is so committed to ‘conservative principles’ that he would prefer a government takeover of health insurance to moderate fixes.

Sen. Rand Paul (R-KY) said at a Senate Health, Education, Labor, and Pensions Committee hearing on Thursday that he agrees with Sen. Bernie Sanders’ (I-VT) plan for a government takeover of health care more than moderate GOP proposals to repeal and replace Obamacare.

“[Insurance companies] make $15 billion a year,” Paul said. “I don’t get it, why do you want to give money to the middle man?”
“I’m more with Bernie on this than I am with members of my party who subsidize it!” he exclaimed at the meeting. “You want to buy people health care? Buy them health care.”

Paul complained that GOP subsidies did not fix the problems facing the Affordable Care Act.

“[Insurance companies] will be back for more,” he warned.

During the fight to repeal Obamacare this year, Paul switched his position on health care issues several times, finding a new reason to oppose every new GOP effort.