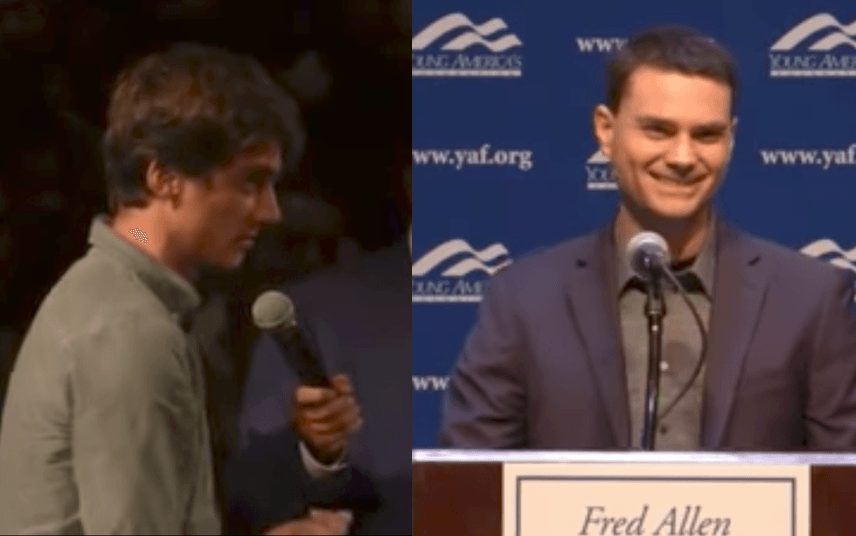 A student asked conservative commentator Ben Shapiro a question about abortion at his Berkeley speech Thursday night, prompting Shapiro to engage in rapid-fire dialogue with the student.

“Any time you draw any line other than the inception of the child, you end up drawing a false line that can also be applied to adults,” Shapiro said. “So either human life has intrinsic value or it doesn’t.”

Shapiro asked the student if he could at least agree that adult life has intrinsic value, to which the student responded that he believes “sentience” — the ability to perceive or feel things — gives something moral value, rather than being a human alone.

“Ok, so when you’re asleep, can I stab you?” Shapiro asked, to which the student responded in the negative.

“Ok, if you are in a coma from which you may awake, can I stab you?” Shapiro then asked.

“Well then … uhhh, no,” the student replied. “But that’s still potential sentience!”

“Do you know what else has potential sentience? Being a fetus,” Shapiro said.

The University of California, Berkeley spent roughly $600,000 to make sure no riots would erupt Thursday night, and his speech went without incident or interruption.