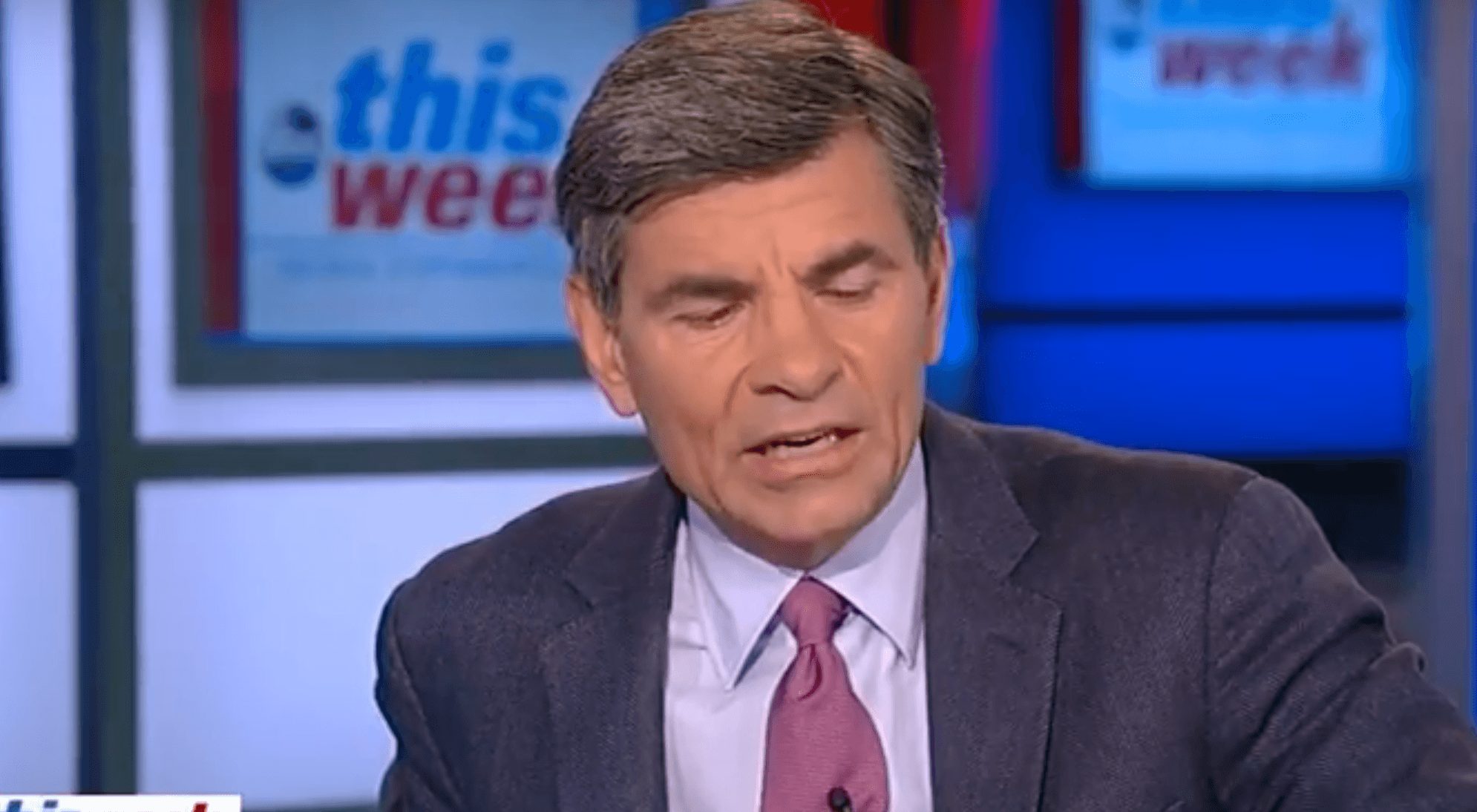 ABC host and former Bill Clinton Senior Advisor George Stephanopoulos reacted on on Sunday to a GIF tweeted by President Donald Trump depicting Hillary Clinton being knocked over by a golf ball. He called the tweet “alarming” on his Sunday morning show before diving in further to assess just how damaging the tweet was.

Amongst other extrapolations by Stephanopoulos was a question he posed to Rep. Adam Schiff (CA – D) regarding recent deals made by the White House and Democratic leaders Nancy Pelosi and Chuck Schumer. Does the tweet undermine the legitimacy of his outreach, Stephanopoulos wondered aloud.

“Maybe it’s not surprising,” Stephanopoulos said. “Kind of an alarming tweet right there. Does it make you question how real this outreach to Democrats was this week?”

Schiff said it didn’t because he recognized Trump’s dealing with Democrats as “purely transactional,” calling him a man without an ideology except for being “pro-Trump.”

“Sometimes those interests will align, and we shouldn’t cut off our nose to spite our face where they do align,” Schiff said. “Where it makes sense for the American people, we should take advantage of that transactional opportunity.”

Previous Article
Chelsea Clinton Spreads False Story About Gay Discrimination. Then Learns About Law Her Dad Signed
Next Article
After Guest Says He Loves “the First Amendment and Boobs,” CNN Host Has a Melt Down