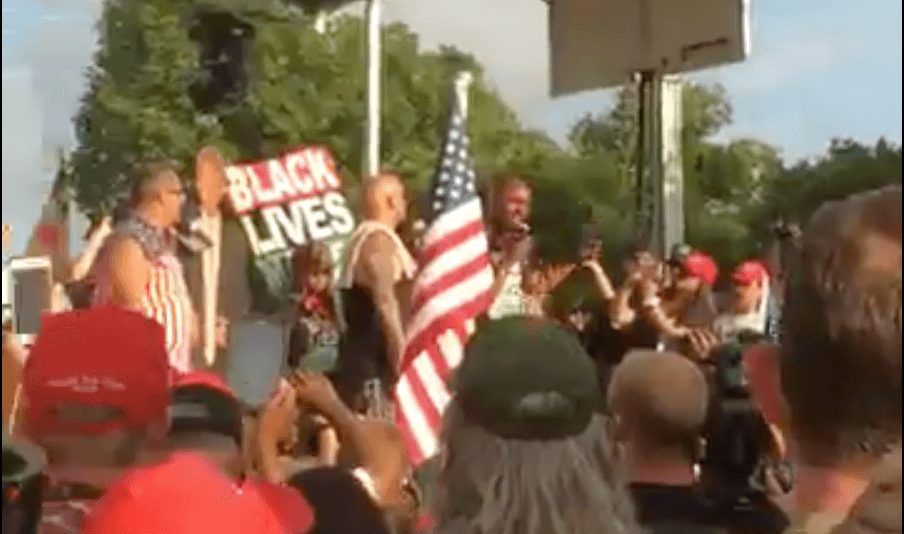 The pro-Donald Trump “Mother of All Rallies” allowed Black Lives Matter protesters to take the stage and speak Saturday in Washington, D.C.

In a surprising gesture of kindness and civility, the pro-Trump organizers invited the Black Lives Matter protestors onto the stage and then, eventually even handed over the microphone and allowed them to speak.

“I’m a black man. If black lives really mattered,” he said, “then they need to protest in Chicago. Let’s take it to Chicago. Let’s bring everybody. We need to have a M.O.A.R. rally in Chicago with BLM.”

According to the Mother of All Rallies website, the rally was held to “demand protection for traditional American culture” and support “the United States and the America First agenda.”

Previous Article
After Guest Says He Loves “the First Amendment and Boobs,” CNN Host Has a Melt Down
Next Article
Navy SEAL Governor’s Reaction to Rioters Puts Entire Obama Admin to Shame