The One Conservative Voice on The View Is Leaving. And Looks Like It’s Because of Hillary 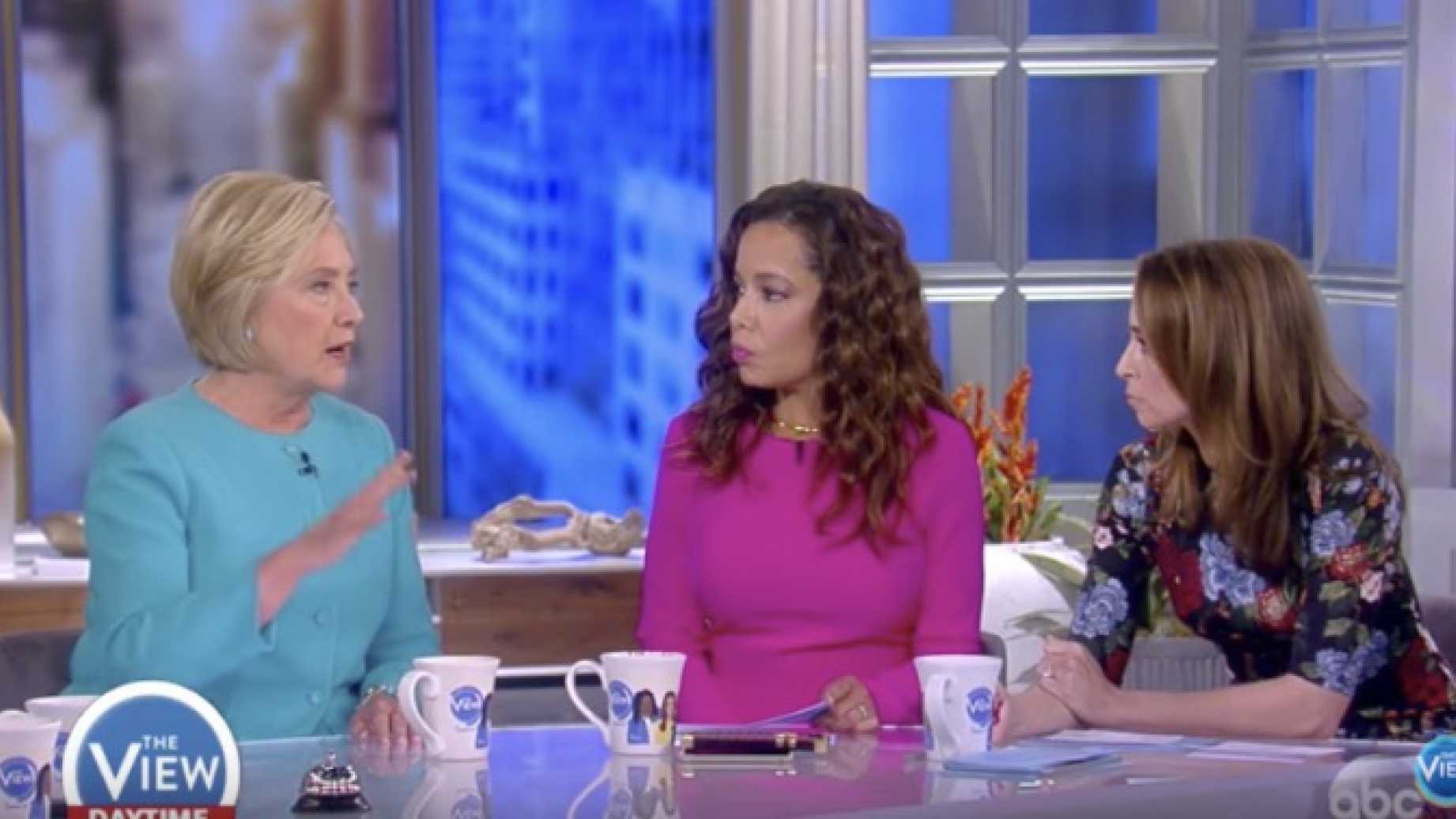 Jedediah Bila, the only Conservative voice on the long-running daytime show The View is leaving. In a recent tweet she somewhat casually gave credence to a theory that she is leaving due to criticism over her pointed questions towards Hillary Clinton.

“If I’m being honest with you, I felt there was some tone-deafness,” she said of Clinton’s post-election tome What Happened last week.

“It hasn’t just been Republicans who have taken issue with the writing of this book,” Bila said to Clinton at another point. “Some Democrats have come out as well, former campaign surrogates of yours, former fundraisers.”

According to Page Six:

Bila, the show’s sole conservative host, was told by staff to scale back her criticism of the former Democratic presidential candidate in hopes of having Clinton back on the show.

“There was a lot of staff who were upset about how that interview was handled.”  “They had a lot to say to Jedediah about calming things down.”

According to the Post, the request made Bila “uncomfortable” and she left the show despite still being partway through a season contract.

Ten minutes after the piece went live, Bila tweeted out video of the exchange that reportedly led her to leave the show.

Most people who saw the now-deleted tweet took it as confirmation of the rumors that had been floated on Page Six.