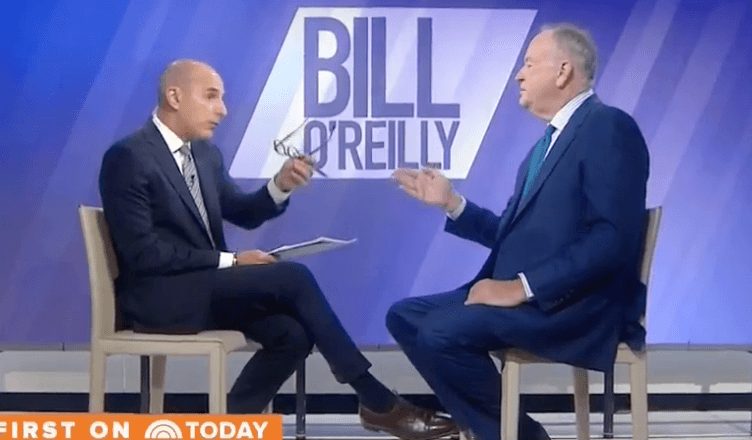 Famed Fox News host Bill O’Reilly was back on the airwaves Tuesday and flatly denied the sexual harassment allegations that led to his departure several months ago.

O’Reilly spoke with Matt Lauer, who opened up the conversation by asking what the official reason was that Fox and O’Reilly has separated. He pointed to Fox News being shaken by the advertiser boycott that had gained steam as new accusations began to pour in.

When asked about the harassment claims, O’Reilly insisted he did “absolutely nothing wrong,” and that his legal team made it clear to Fox News. Lauer continued to press him on this, saying it was strange of Fox to let go of O’Reilly unless the network was looking at evidence which would’ve made it impossible to keep their old ratings colossus.

“That’s a false assumption,” O’Reilly retorted. “There are a lot of other business things in play at that time and still today that 21st Century was involved with, and it was a business decision that they made, but there isn’t any smoking gun.”

As the interview progressed O’Reilly pointed to a recent news article he tweeted as proof that one of the accusers was untrustworthy.

“This was a hit job, a political and financial hit job,” said the former Fox host. When Lauer asked if this was “a vast left wing conspiracy,” O’Reilly snapped back “don’t be sarcastic…We’re gonna be able to prove what we say. There are more things to come.”

Previous Article
Hillary Clinton Gets Asked the One Question About Bill That Makes Her Snap
Next Article
Fireworks: Trump Lays Down The Law At United Nations – Crushes North Korea – WATCH