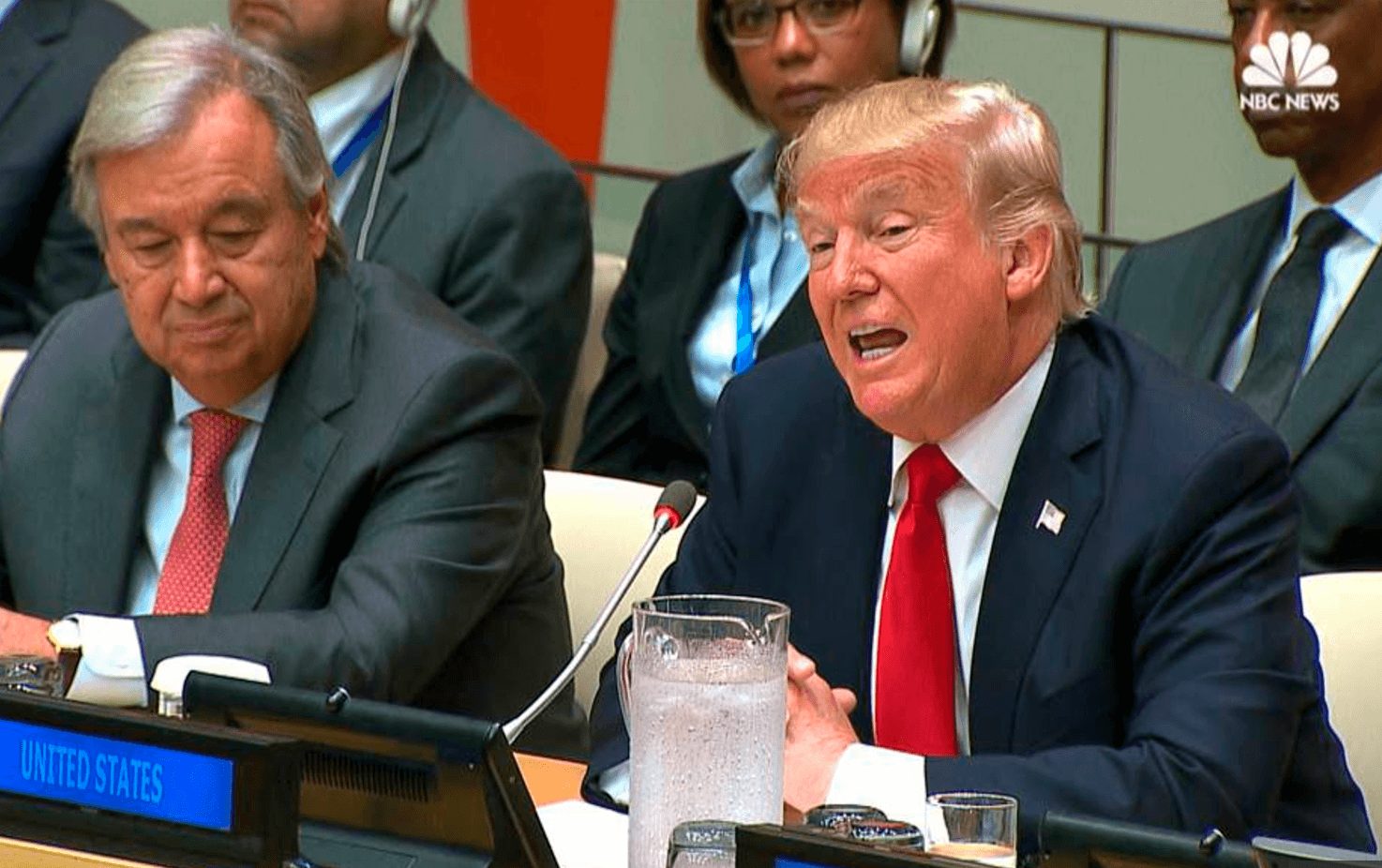 It’s President Trump’s first UN General Assembly (UNGA) meeting. Here’s what he and his team are up to on the second day of the New York event.

President Trump is leading the U.S. delegation to the 72nd United Nations General Assembly (UNGA) in New York City this week. According to a post on WhiteHouse.gov, the president and his team “will attend dozens of bilateral and multilateral meetings.”

Here’s what has happened so far on Day Two:

Keep up with NTK Network for more updates on what Trump and his team are doing at UNGA.