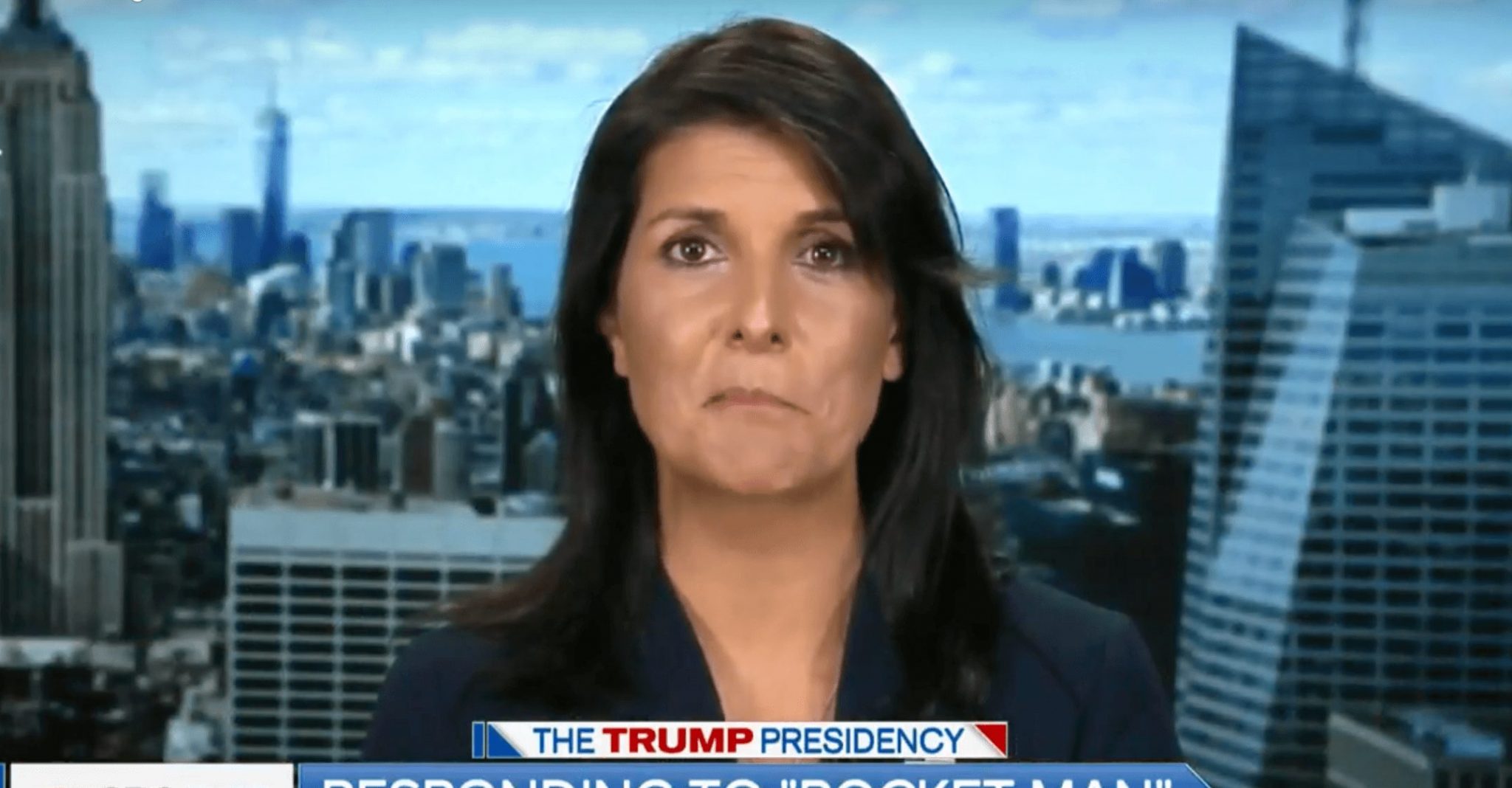 “Rocket Man” – Thats the new term being used around the word for North Korean Dictator Kim Jung Un. However this morning on CBS co-host Gayle King asked UN Ambassador Nikki Haley whether she had known Trump was going to use the term in his speech to the UN and if she thought it was appropriate. King referred to Kim Jung Un as the President of North Korea in her question.

The phrase was originally coined by Trump in a tweet several days ago and has since taken hold with many foreign leaders according to Haley.

I spoke with President Moon of South Korea last night. Asked him how Rocket Man is doing. Long gas lines forming in North Korea. Too bad!

Nikki Haley appeared on “CBS This Morning” to discuss the speech and North Korea’s nuclear ambitions.

Haley said she was aware that morning Trump would use that term in the speech.

“I will tell you, just to let you know what this does, I had a meeting with the President of Uganda the day before, and he was referring to Kim as Rocket Man, before the president even gave his speech,” Haley said.

Kim Jong Un is North Korea’s Supreme Leader and took over after the death of his dictator father, Kim Jong-il, in 2011. He has reportedly ordered the execution of family members to consolidate power, and, like his father, he presides with absolute authority and has an elaborate cult of personality.

His regime has been sanctioned for human rights abuses and for its continued pursuit of an expansive nuclear program.

Trump told the U.N. Tuesday that the U.S. would be forced to “destroy North Korea” if forced to defend itself or its allies.

“No nation on earth has an interest in seeing this band of criminals arm itself with nuclear weapons and missiles,” Trump said. “The United States has great strength and patience, but if it is forced to defend itself or its allies, we will have no choice but to totally destroy North Korea. Rocket Man is on a suicide mission for himself and for his regime.”