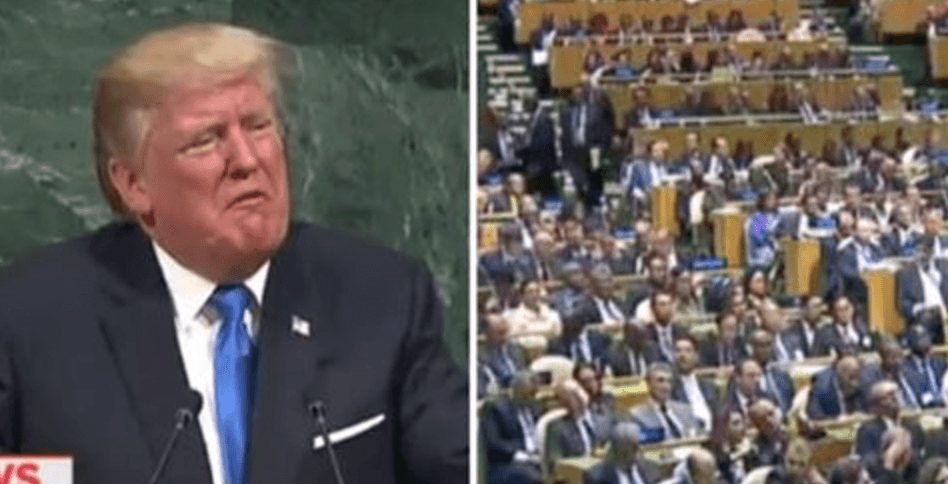 Things got awfully quiet at the United Nations yesterday when President Donal Trump stepped up to the microphone and, amungst other notable things, took aim at Venezuela.

An awkward response to Trump from the UN as he denounces socialism. pic.twitter.com/7fBdmFacVb

Venezuelan President Nicolas Maduro fired back from Caracas (He did not attend the UN General Assembly) saying that Trump was “the new Hitler”. He went on to accuse President Trump of threatening to assassinate him, an obvious lie that he hoped would generate sympathy for him domestically.

If Maduro “persists on a path to impose authoritarian rule” Trump vowed to increase economic sanctions that the United States hit Venezuela with in August.

Interestingly, he did not repeat any threat of military action as a means of pressuring Venezuela. Many Latin American Leaders have told Trump they could not support such an effort.

“The Venezuelan people are starving and their country is collapsing. Their democratic institutions are being destroyed. This situation is completely unacceptable and we cannot stand by and watch,” Trump said. “I ask every country represented here today to be prepared to do more to address this very real crisis.”

Previous Article
When CBS Host Is Triggered by Trump Saying ‘Rocket Man,’ Nikki Haley Has Perfect Response
Next Article
On Late Night TV, Hillary Crushes Her Supporters’ Dreams with One Line. They Groan…