On Late Night TV, Hillary Crushes Her Supporters’ Dreams with One Line. They Groan… 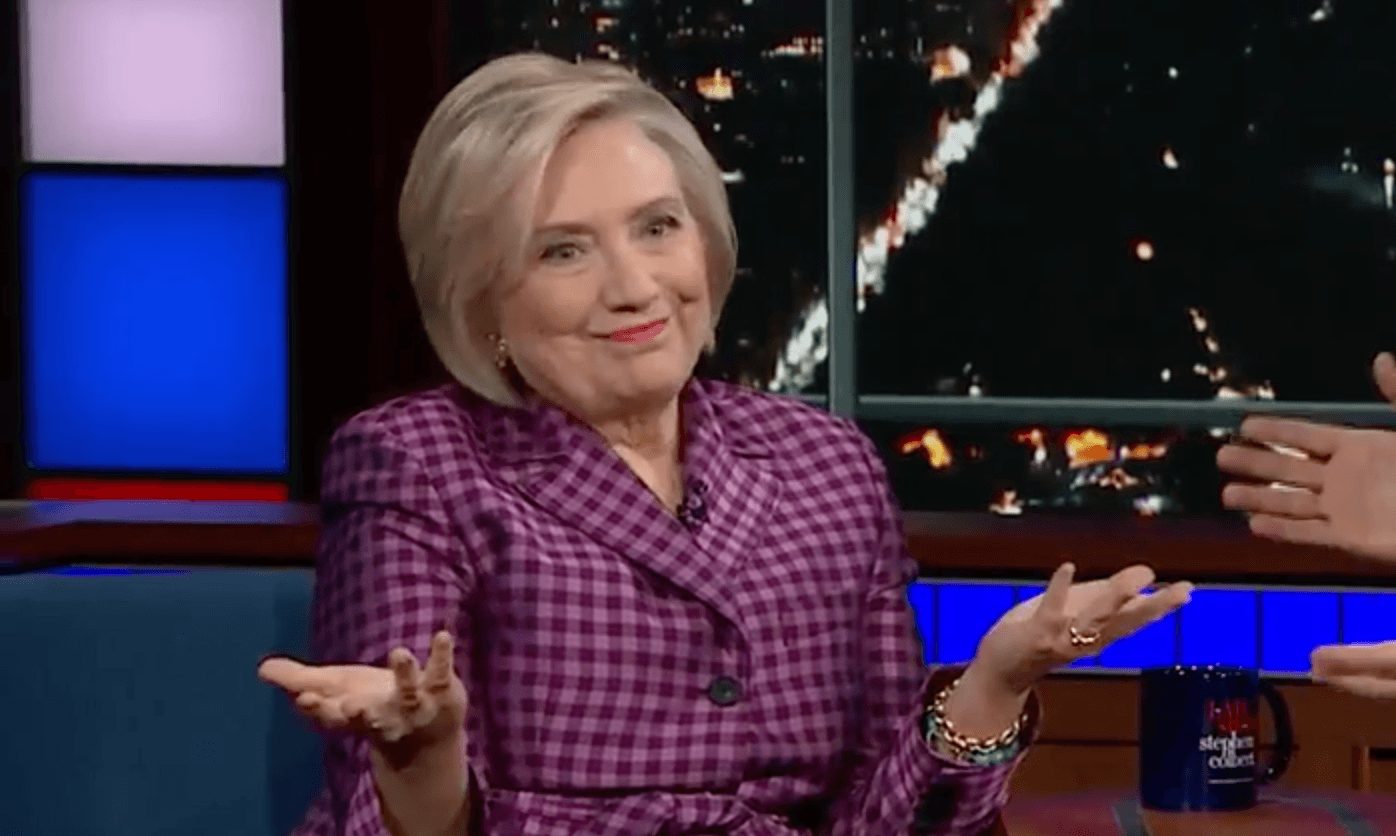 Hillary Clinton Continues to disappoint, only this time it was the left-leaning crowd at The Late Show with Stephen Colbert.

Clinton told her crowd of supporters that she wasn’t thinking about “contesting the election,” as there was no ability or mechanism for her to do it. It has also been 9 months since President Trump has been sworn in.

Colbert was quick to point out a statement made by Clinton referencing the ongoing investigation into Russian meddling in the election whereby she said she would not rule out “questioning the legitimacy of Donald Trump’s 2016 victory” if Russian interference were discovered to be deeper than people knew.

The question from Colbert drew audience applause however that soon faded after Clinton stepped back in.

“My question is—I have these fantasies—but my question is … what then? There is no constitutional mechanism to question the election,” Colbert said. “Our elections are messy. This is just what happened.”

“That’s right … Nobody’s talking about contesting the election, including me,” Clinton said, to some groans in the audience. “There is no mechanism.”

Colbert, an all-out Clinton cheerleader and anti-Trump stalwart pandered to the crowd once more saying, “This is someone who believes in the Constitution, unlike the guy who got the job.”

“There is no mechanism, but I think legitimacy is rooted in what comes out of these investigations, because if there is evidence of coordination, communication … then I think millions of Americans are going to say, ‘Well, those raise questions about legitimacy,'” Clinton said.

“I think no one, including me, is saying we will contest the election,” Clinton said. “I’m in the very large group of people who believe that, you know, there’s no legal basis, no constitutional basis for that.”

Colbert was back at his show after hosting the lowest-ever rated Emmy awards on Sunday night which were largely characterized as extremely partisan.

THE GIFT: Stephen hands @HillaryClinton a dossier of unused ‘Clinton victory’ jokes from Election Night, with one very cheeky photo inside. pic.twitter.com/44CahJa83a

Colbert’s audience is not always known for being politically informed. It cheered loudly upon initially hearing the news that Trump had fired FBI Director James Comey in May. It took a couple minutes of explaining by Colbert to realize they were supposed to boo.

Previous Article
Trump Steps Up and Delivers a Line About Socialism at UN that Makes the Crowd Gasp
Next Article
If Anyone Thought Maxine Waters Might Put Politics Aside While Speaking at Funeral, They Were Wrong