Texas Parents Furious After Actress Teaches Students About The Constitution 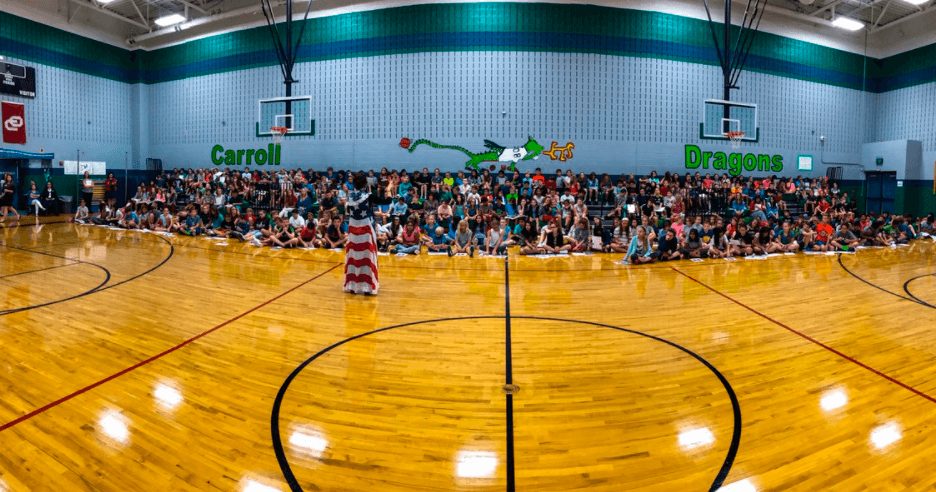 Turner, the founder of “Constituting America,” spoke to the middle schoolers on Sept. 12 about patriotism and the meaning of America’s founding document. She gave a lecture to promote “civic engagement and understanding of constitutional rights,” the mission of her nonpartisan organization.

“‘Constituting America’ seeks to promote the Constitution for students of all ages,” according to its website.

“The program itself was great as she talked about love for country and being a good citizen,” said school district spokeswoman Julie Thannum, according to The Dallas Morning News Monday. “It wasn’t until later that we started getting calls and seeing social media postings upset about materials the speaker passed out to the children.”

“These aren’t the topics we’d typically talk about with fifth and sixth graders,” Thannum added, noting that Turner addressed topics like sex trafficking and abortion.”

Some parents thought Turner was not qualified enough to talk with kids about the Constitution, claiming legal scholars should explain the document instead. The topics she introduced were too advanced for the middle schoolers, others claimed, and Turner shouldn’t have broached the topics at all.

The school district apologized to parents in a letter, saying Turner addressed political material in an inappropriately partisan manner.

“How they get their foot in the door is letting a nice, little actress from Texas talking in a school about the Constitution,” former school board president Buddy Luce, a civic and family law attorney, told The Dallas Morning News.

Turner was not aware of any backlash until she received notice on Monday of the school’s public apology. “The things people are saying on the internet are terrible,” she told the Texas newspaper on Monday. “I am the victim of social tyranny.”

Turner claimed she gave school administrators copies of the material in the spring and the district did not express concern.

“The last thing I’d ever want to do is to disappoint a school system or to disappoint a child or a parent,” Turner said, dismayed that neither the school nor the district defended her presentation.

Previous Article
If Anyone Thought Maxine Waters Might Put Politics Aside While Speaking at Funeral, They Were Wrong
Next Article
Former SNL Cast Member Criticizes Show as Too Political