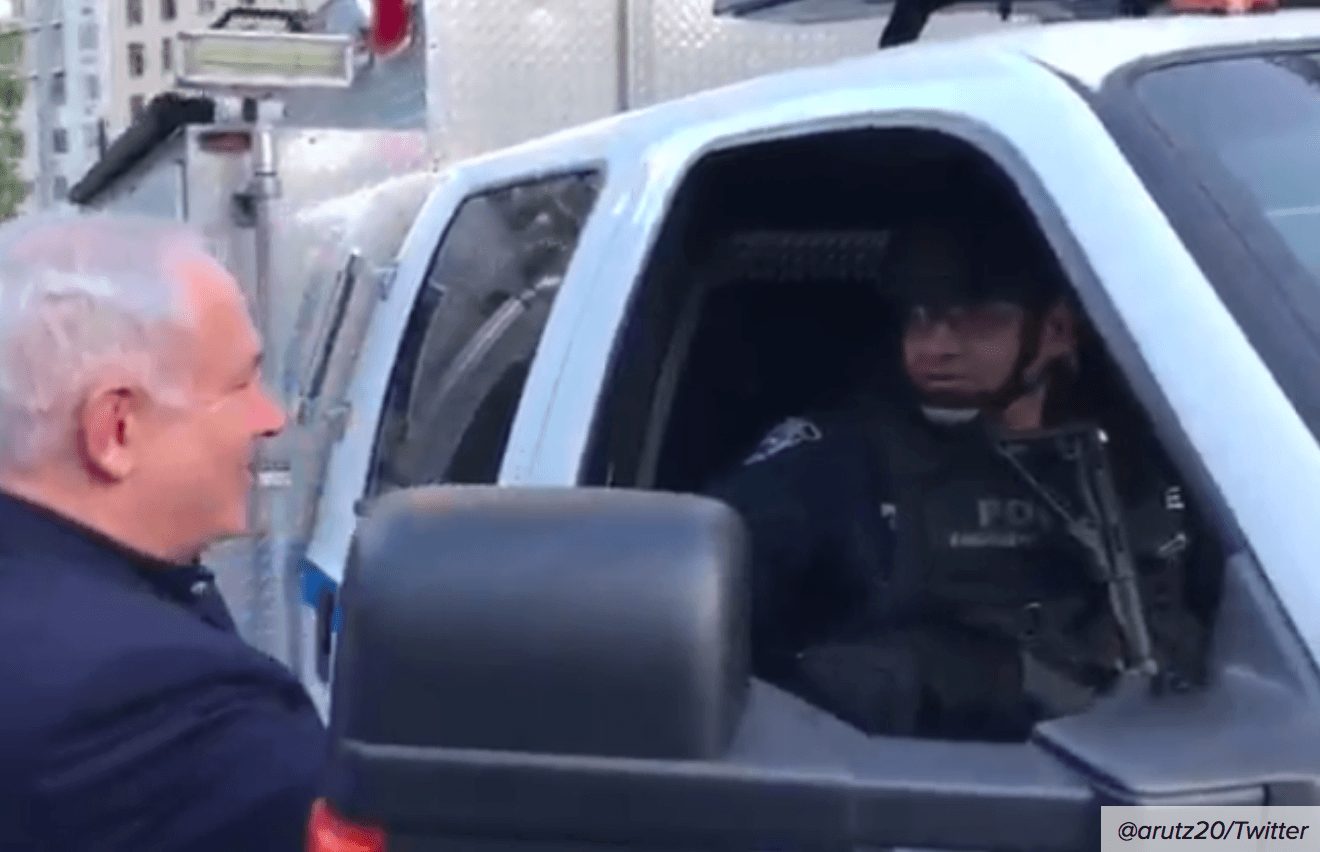 There are few bigger fans of America, and Americans,  than Bibi Netanyahu.

So it may come as no surprise that during the UN General Assembly the Israeli Leader took to the streets to show his appreciation to those brave men and women in uniform that were protecting the annual gathering of international leaders.

Netanyahu has been a staunch supporter of President Trump and praised his UN speech accordingly on Tuesday.

“In over 30 years in my experience with the U.N., I never heard a bolder or more courageous speech. President Trump spoke the truth about the great dangers facing our world and issued a powerful call to confront them in order to ensure the future of humanity.”

Always the regular-guy however, Bibi has been seen all over New York raising the eyes of New Yorkers across the city. Broadway, Central Park and several local grocery stores have all welcomed the famed leader over the past several days and photos and video have begun to emerge documenting his every move.

Out For A Stroll: Bibi Netanyahu Stops To Great All NYC Police