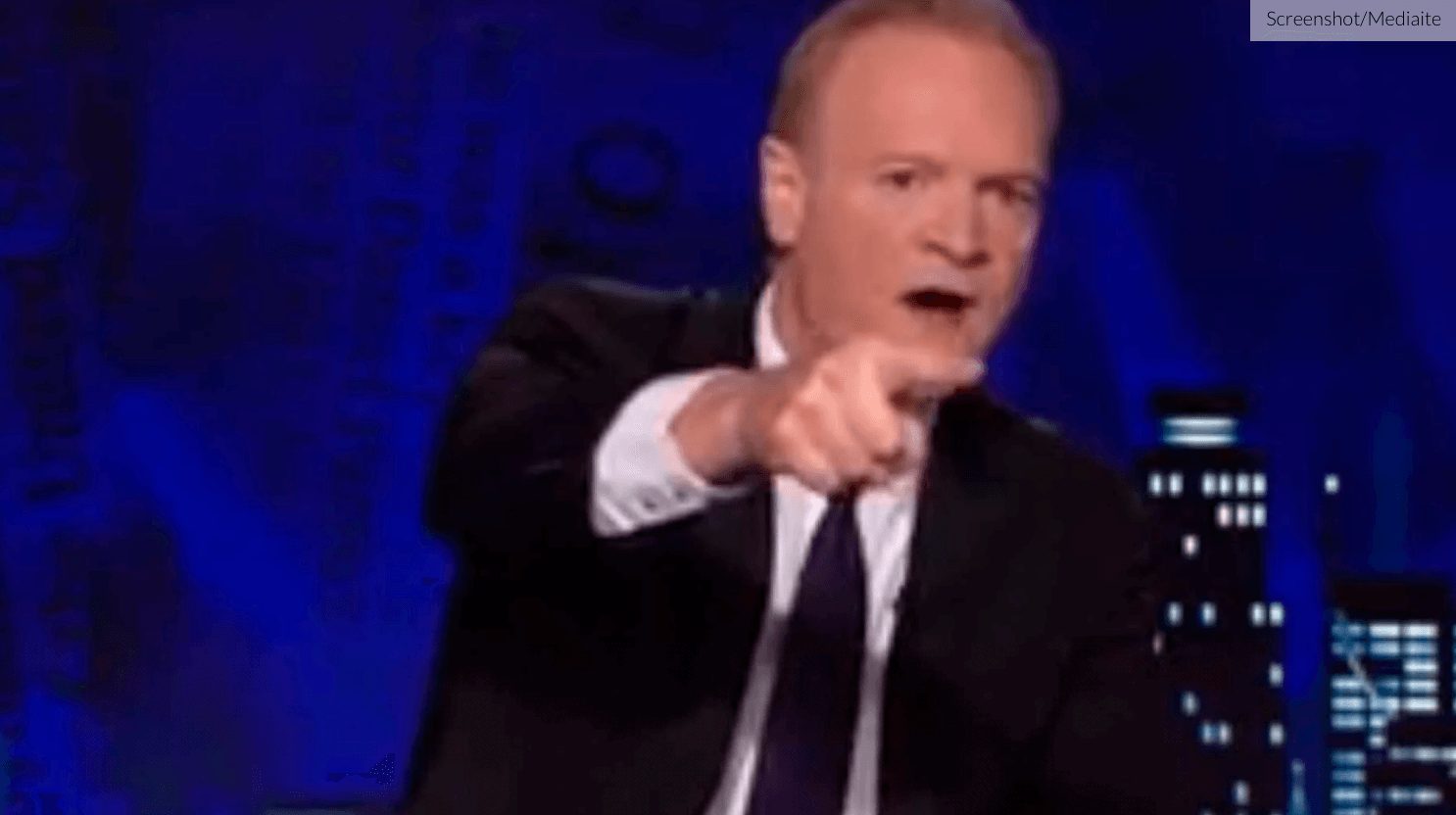 Lawrence O’Donnell, the far-left firebrand anchor on MSNBC has been outed as unstable after a series of leaked videos show him going off-the-rails during commercial breaks on his show. The videos were originally obtained by Mediaite

The trigger for the radical leftist host was apparently noises being made by near-by construction efforts. In the clip O’Donnell can be seen and heard pounding the desk and screaming at nearly everyone who works for his show, demanding that they find the source of the noise and shut it down.

O’Donnell at one point demands that the issue be raised to Phil Griffen, the MSNBC head. Griffen has not commented.

Mediate has the full video here, but TMZ got a crucial clip, where O’Donnell jumps from his seat to scream at one of the stagehands managing his setup.

PSA: Turn down your speakers.

The full length video goes on for 8-minutes which seems like an eternity if you try and watch the whole thing through.

The immediate change in persona and facial expression once his show goes to break has left most to believe that O’Donnell is not only unstable but entirely disingenuous in the beliefs he espouses while on air.

“What’s going on, why am I losing this, why don’t I have sound,” he starts.“Who’s asking for a Labor Day rundown in my ear? God dammit,” he sputters, before launching into a full-fledged attack on his desk, pounding the set with his fists and pouting.

He then waits until the next commercial break to scream about his earpiece again, but by then, someone has started jackhammering or pounding in a neighboring studio, and whatever semblance of sanity O’Donnell had been hanging on to, falls through his fingers in a tirade of profanity.

O’Donnell finishes the riot act by crumbling up some paper from his desk and throwing it around the set.

You have to see it to believe it.

Previous Article
Stacy Dash Crushes Chelsea Handler After She Calls Her a “Black White Supremacist”
Next Article
‘Like a Slave:’ 3 Muslim Women, One Of Them Bloodied, Called Police on Imran Awan