Spicer Gets Spicey: Threatens to Call Police on Annoying Journalist 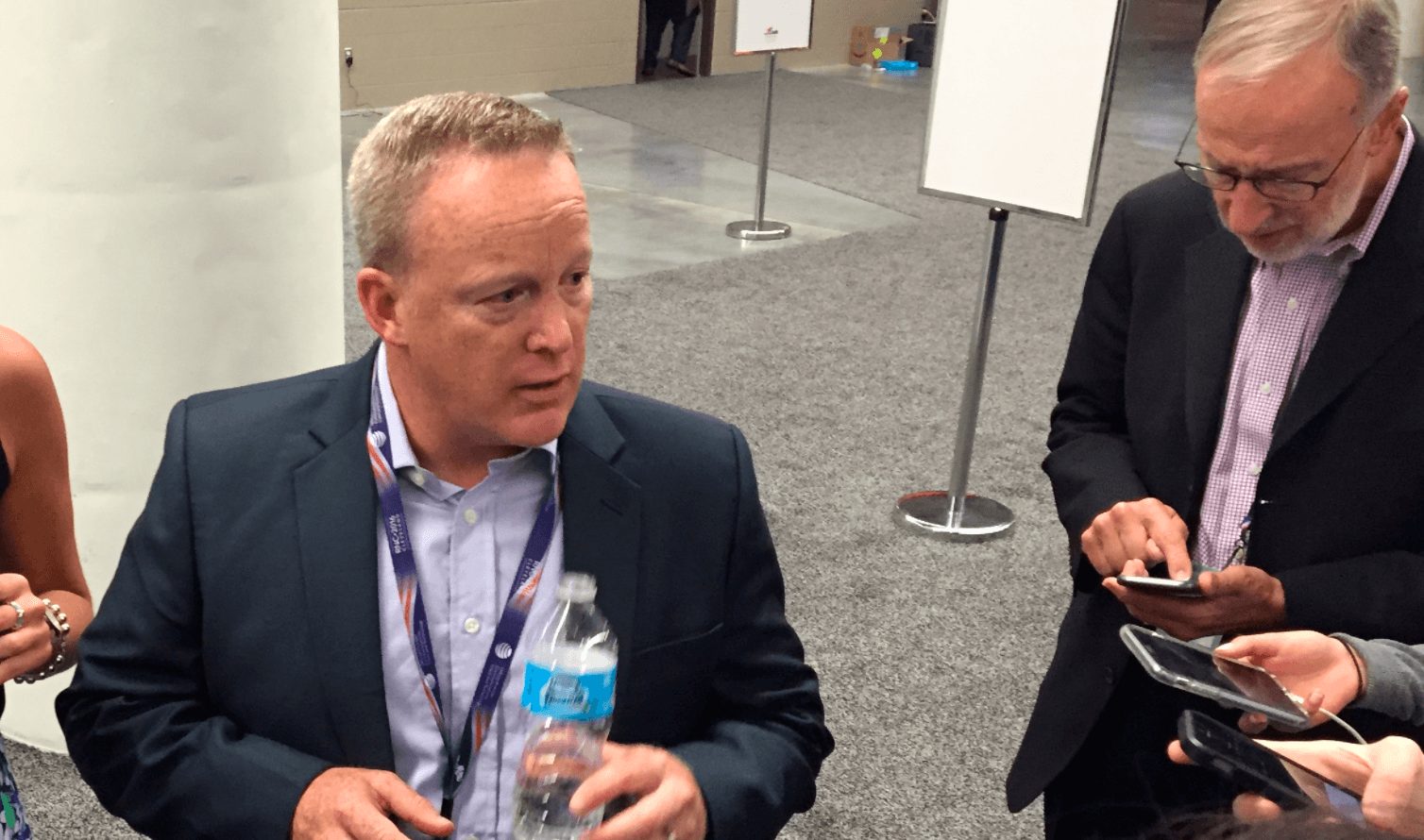 Allen texted Spicer to inquire about his reputed penchant for thorough note taking, under the assumption that the notes might be of interest to special counsel Robert Mueller’s Russia probe, but was quickly rebuffed.

Allen, who claims to have known Spicer and his wife “for years,” responded simply, “?”

Spicer, who left the White House in August, then threatened to call the authorities if Allen continued to contact him.

“Not sure what that means. From a legal standpoint I want to be clear: Do not email or text me again. Should you do again I will report to the appropriate authorities.”

Sources told Allen that Spicer has a reputation for filling notebooks with exhaustive notes during meetings while working at the Republican National Committee (RNC), the Trump campaign and the White House. Former White House staffers told Axios that note taking is typically avoided in the west wing so as not to provide a written record in the event of an investigation.

Mueller informed the White House that his team would seek to interview Spicer and five other staffers, the Washington Post reported Sept. 8.

“People are going to wish they’d been nicer to Sean. … He was in a lot of meetings,” one White House staffer told Axios.

Spicer reiterated his desire to be left alone in an email sent to Allen roughly one hour after the text message exchange.

Please refrain from sending me unsolicited texts and emails

Allen’s interest in Spicer’s notes was piqued after CNN reported Thursday that Manafort was wiretapped before, during and after the the campaign. Manafort was wiretapped under the the Foreign Intelligence Surveillance Act (FISA) after he became the subject of an FBI investigation into his Ukrainian lobbying work. Some of the intelligence gathered through the wiretaps indicates Manafort may have encouraged Russian campaign assistance, though the evidence is not conclusive.