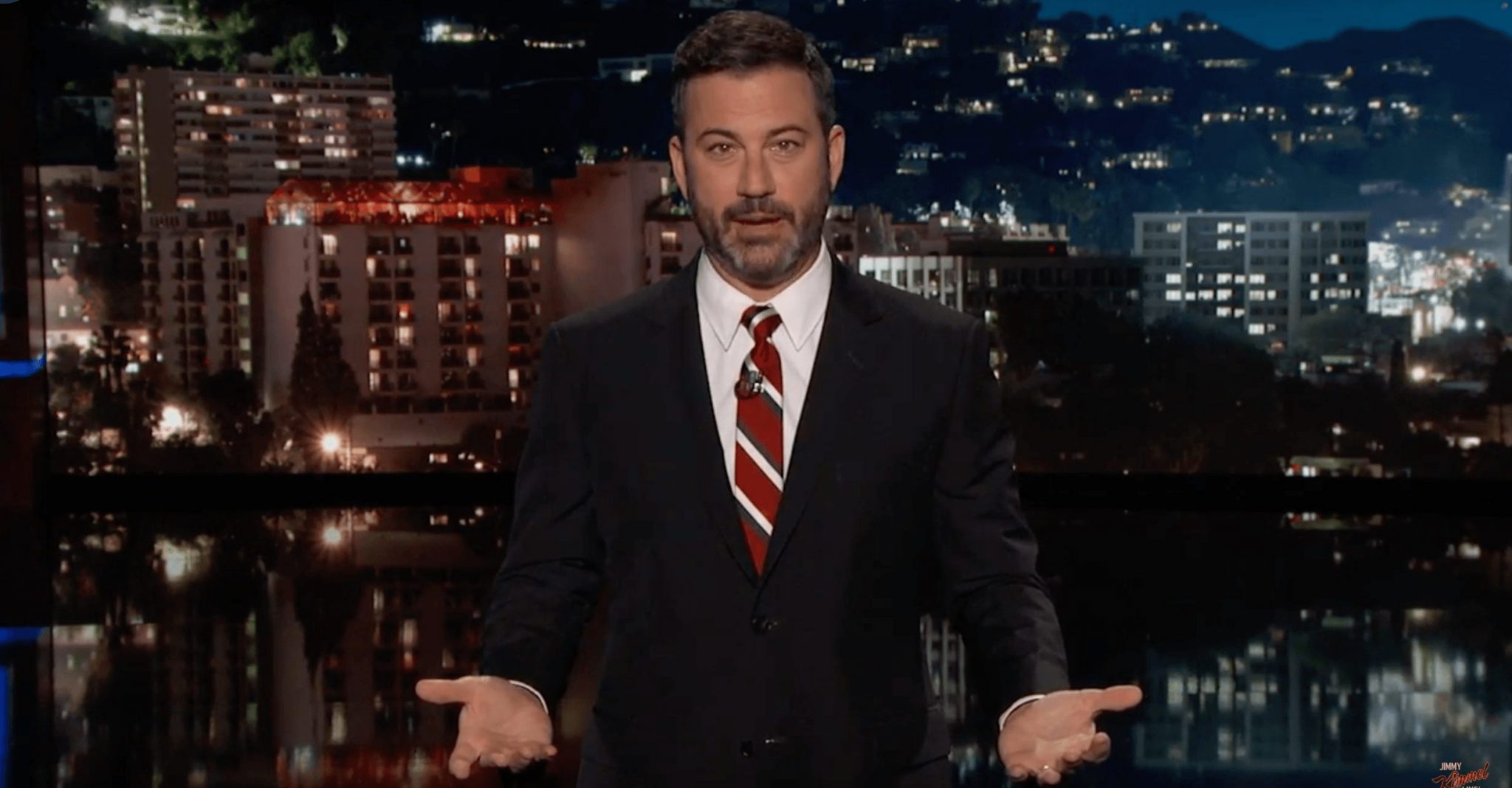 Late night funnyman Jimmy Kimmel took to the airwaves Wednesday night and trained his comedy squarely at Fox News. Specifically, hot Brian Kilmeade. Kimmel was upset about their commentary on his attacks against the Graham-Cassidy bill which would largely repeal Obamacare.

Kimmel has jumped head first into the Obamacare repeal efforts lately due to his son being born with a congenital heart disease. Kimmel has attacked initial repeal efforts as well as this latest attempt by Sen. Lindsey Graham and Sen. Bill Cassidy. His concerns focus on the idea that such a repeal would make it impossible for those with pre-existing conditions to get care, a concern that nearly every expert has deemed nonsensical.

Cassidy appeared on Kimmel’s show several months ago and made a promise to oppose and bill that would allow for those with pre-existing conditions to be denied care under any circumstances (this latest bill does not do that) – Kimmel is using that promise as the basis for his attacks.

“He said anything he supported would have to pass what he named the ‘Jimmy Kimmel Test,’ which was fine,” Kimmel said. “It was good, but unfortunately and puzzlingly, he proposed a bill that would allow states to do all the things he said he would not let them do. He made a total about-face, which means he either doesn’t understand his own bill or he lied to me.”

Kimmel then trained his ire on Brian Kilmeade of Fox News.

“Sunday’s politically charged Emmy’s may have been the lowest rated in history, but that’s not stopping Hollywood elites like comedian Jimmy Kimmel from pushing their politics on the rest of the country,” Kilmeade said.

“The reason I’m talking about this is because my son had an open-heart surgery, then has to have two more, and because of that I learned that there are kids with no insurance in the same situation. I don’t get anything out of this, Brian, you phony little creep. Oh I’ll pound you when I see you.”

Kimmel said “Brian Kilmeade is a phony little creep” will be his blurb for Kilmeade’s next book.

This was Kilmeade’s response.

“This is what I would like to say on this,” Kilmeade said in response. “I hope your son gets better. I hope your son gets all the care he needs. I’m glad you’re interested, you’re doing a great job bringing the dialogue out. But you should do what we’re doing. Talk to the people that wrote it.”

Previous Article
Spicer Gets Spicey: Threatens to Call Police on Annoying Journalist
Next Article
Here’s How Many Books Hillary Sold in One Week. It’s “Remarkable…”