A Day After Trump Gave ‘Best Speech’ of His Presidency, Obama Gives Own Speech…and Bashes GOP 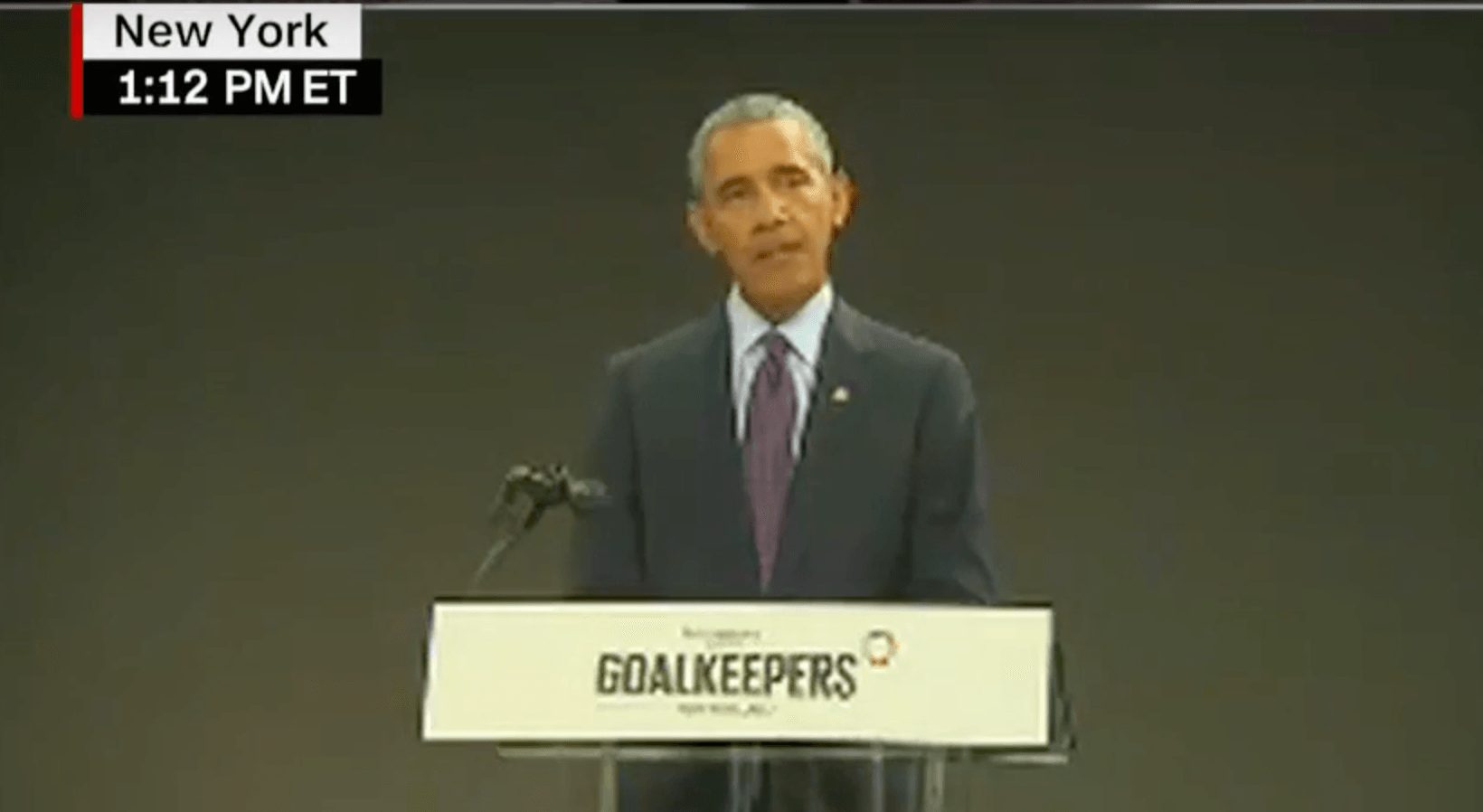 Barack Obama is at it again. The former President took to the stage on Wednesday to go after Republicans for their continued attempts to repeal and replace Obamacare, calling it “aggravating” to have to stop “real human suffering being inflicted on Americans.”

Sens. Bill Cassidy (R., La.) and Lindsey Graham (R., S.C.) have a new Obamacare repeal bill which President Donald Trump said he would sign, although its passage seems to be a tenuous proposition at best.

Obama was speaking at the Bill and Melinda Gates Foundation’s “Goalkeepers” event and focused much of his remarks on the feat that was Obamacare’s original passage back in 2010 and, as he claims, the people that are still alive today because of it.

“Now, the legislation that we passed was full of things that still need to be fixed. It wasn’t perfect, but it was better,” Obama said. “So when I see people trying to undo that hard-won progress for the 50th or 60th time, with bills that would raise costs or reduce coverage or roll back protections … It is aggravating. And all of this being done without any demonstrable economic or actuarial or plain common-sense rationale, it frustrates.”

Obama added it was frustrating to have to “mobilize every couple of months to keep our leaders from inflicting real human suffering on our constituents.”

Previous Article
Here’s How Many Books Hillary Sold in One Week. It’s “Remarkable…”
Next Article
Broke-ahontas? Watch as Elizabeth Warren Can’t Explain Why She’s Not Part Of The One Percent [VIDEO]