Woman Who Screamed at Vet and His Service Dog Speaks Out. She’s Not Gonna Like Restaurant’s Response 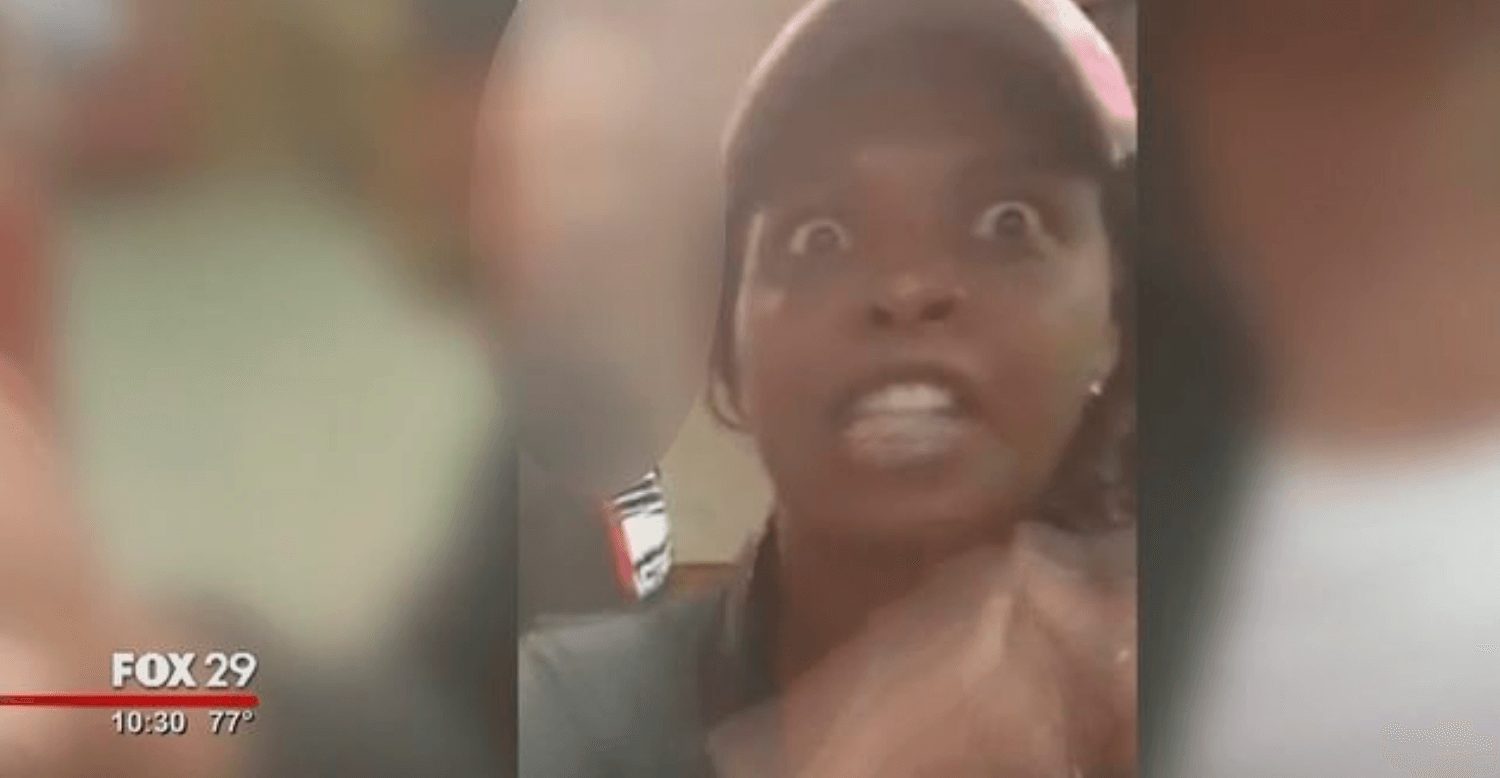 Earlier this week a woman in Delaware completely lost her mind when a veteran brought his service dog into a restaurant where she was eating. The episode, captured on video and shown below, brought to bare just about the worst of humanity.

Now that woman is speaking out and in a not-so-surprising twist is defending her outrageous behavior.

The woman, Ciara Miller, say she has no regrets about how “vocal” she was in the restaurant, saying she “reacted based on the way they reacted to me.”

“The dog’s body was about the same height as the table. Basically, the butt was sitting in front of me at the table,” she told the news station.

Miller has claimed the derogatory racial epithets were shouted at her during the episode, apparently unaware that the whole ordeal was caught on tape and then posted online so that those claims could be debunked.

Kathy’s Crab House is the spot where the confrontation occurred and thankfully, they took the high road.

In a statement obtained by WTXF-TV, the restaurant made just about the classiest move they could:

“We would like to express at this time how sorry we are over the embarrassing turn of events that occurred earlier this week in our restaurant, here in Delaware City. It is unfortunate that some of the public are not familiar with federal regulations regarding service animals, which, in fact, do permit service animals into establishments such as grocery stores, public buildings and restaurants, giving aid and comfort to their masters in their time of need.

That being said, we would like to take what may have been perceived as a negative incident and turn this into a positive opportunity, by educating and enlightening the public about the role of service animals and how they help and serve many returning veterans who have suffered serious wounds and injuries, as well as those veterans suffering from PTSD.

So, at this time, we would like to announce that we will be sponsoring a fundraising effort for veterans and service animals thru the Montana Wounded Warriors.  We would like to enlist your help as a sponsor, volunteer, or as a donor and help us enlighten and educate the public as well as to help those veterans in need.

Details need to be finalized at this time, but as they come together, we will make additional announcements to keep you apprised of our progress.”

Thankfully, the restaurant came down on the right side of this issue.