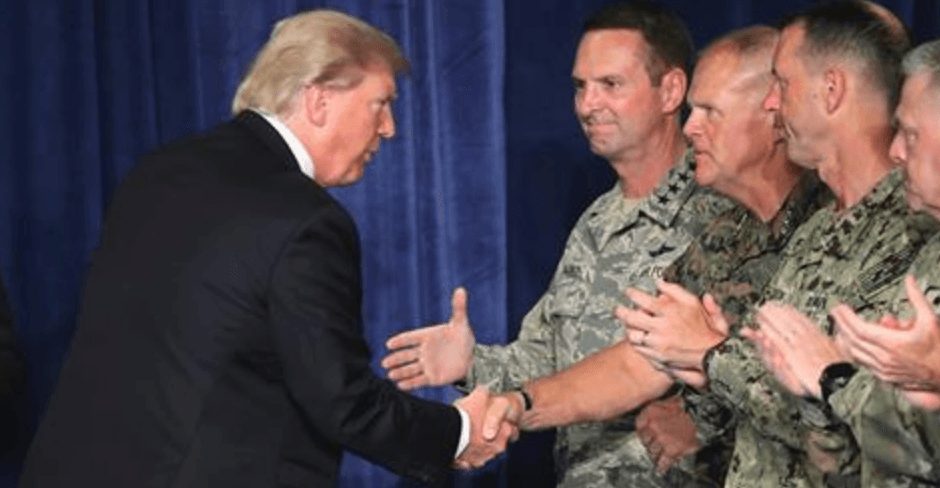 The big takeaway from President Trumps meeting with Afghan-President Ashraf Ghani was basically this, Trump is better than Obama. Ghani lathered praise on all American soldiers who had sacrificed saying that it will lead to a “stable Afghanistan.”

Ghani also directed praise towards Trump in light of his recent decision to increase troop levels in the country describing the change in tone and force-levels as “immense.”

Ghani delved deeper into just how different the relationship has been since Trump took office:

“It is a difference of day and night. The cloud of uncertainty has been lifted. But equally important is your commitment to political solution at the end of this process. What we want to assure the American people is that there is not going to be a combat role.

You have made that crystal clear, and we are committed to make sure that the Afghan people and the Afghan soldiers and Afghan officers will take the burden of responsibility. The modest additional troops that have been sent are to enhance the assist, support, advice mission, and that is playing a very crucial role.

Victory, political and military-wise is within our sight, and I would like to thank you for the thoroughness of the review and especially for ordering that all instruments of American power, military, diplomatic and economic, are brought together in a coherent plan of action to lift Afghanistan out of 40 years of crisis and to make it a platform for stability and prosperity.

And because of this, we understand and fully endorse the concept that you use. We do not ask for a blank check. We are determined to do what is ours, fight corruption, ensure that there is no waste of resources, full accountability for the results and significant momentum so the American people can know that under your wise leadership the results that were not within grasp will now be achieved.

Previous Article
Woman Who Screamed at Vet and His Service Dog Speaks Out. She’s Not Gonna Like Restaurant’s Response
Next Article
A Liberal Icon Just Took The Stage at The UN and What He Said Brought Conservatives To Their Feet