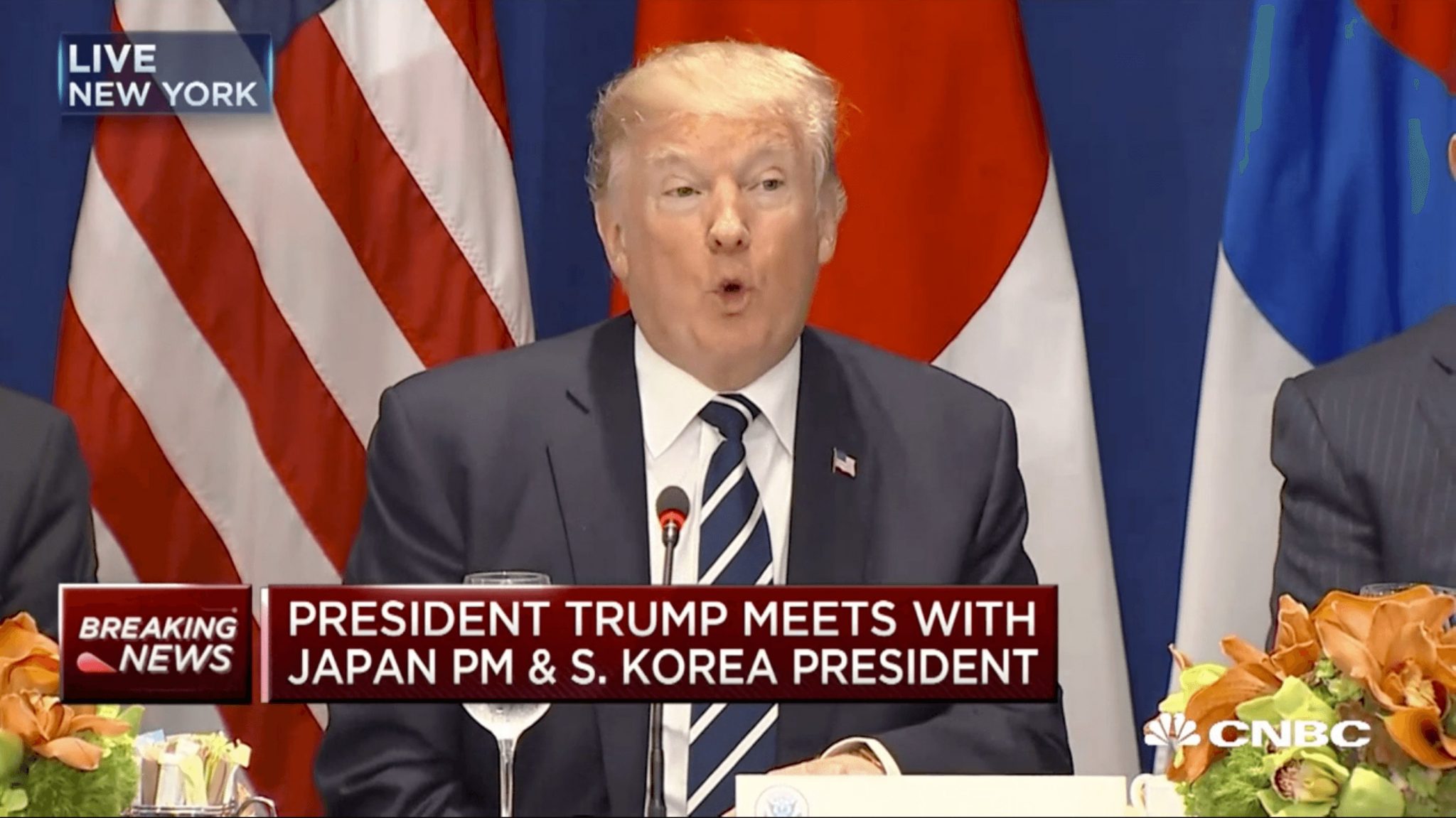 “The new executive order will cut off sources of revenue that fund North Korea’s efforts to develop the deadliest weapons known to humankind,” the president introduced at a press conference.

Trump explained that the order dramatically enhances the Department of the Treasury’s authority to “target any individual or entity that conducts significant trade in goods, services, or technology with North Korea.”

“For much too long, North Korea has been allowed to abuse the international financial system to facilitate funding for its nuclear weapons and missile programs,” the president told reporters. “The United States has had representatives working on this problem for over 25 years, and they have done nothing.”

“That is why we are in the problem that we are in today, in addition to, frankly, other countries not doing what they should have done,” he added.

Trump announced that tolerance for this practice must end now.

The Department of the Treasury now has the authority and discretion to sanction any foreign bank that knowingly conducts business with North Korea. “Foreign banks will face a clear choice: do business with the United States or facilitate trade with the lawless regime in North Korea,” Trump said.

“It is unacceptable that others financially support this criminal rogue regime,” he said.

The president stressed that the order targets only one country: North Korea. Trump praised China’s central bank for ordering that banks in China stop conducting business with North Korea.

The new order follows a new round of United Nations sanctions — the strongest ever — in response to North Korea’s test of a suspected staged thermonuclear weapon for its intercontinental ballistic missile.

Previous Article
A Liberal Icon Just Took The Stage at The UN and What He Said Brought Conservatives To Their Feet
Next Article
Remember Valerie Plame? Turns Out She’s A White Supremacist Now…