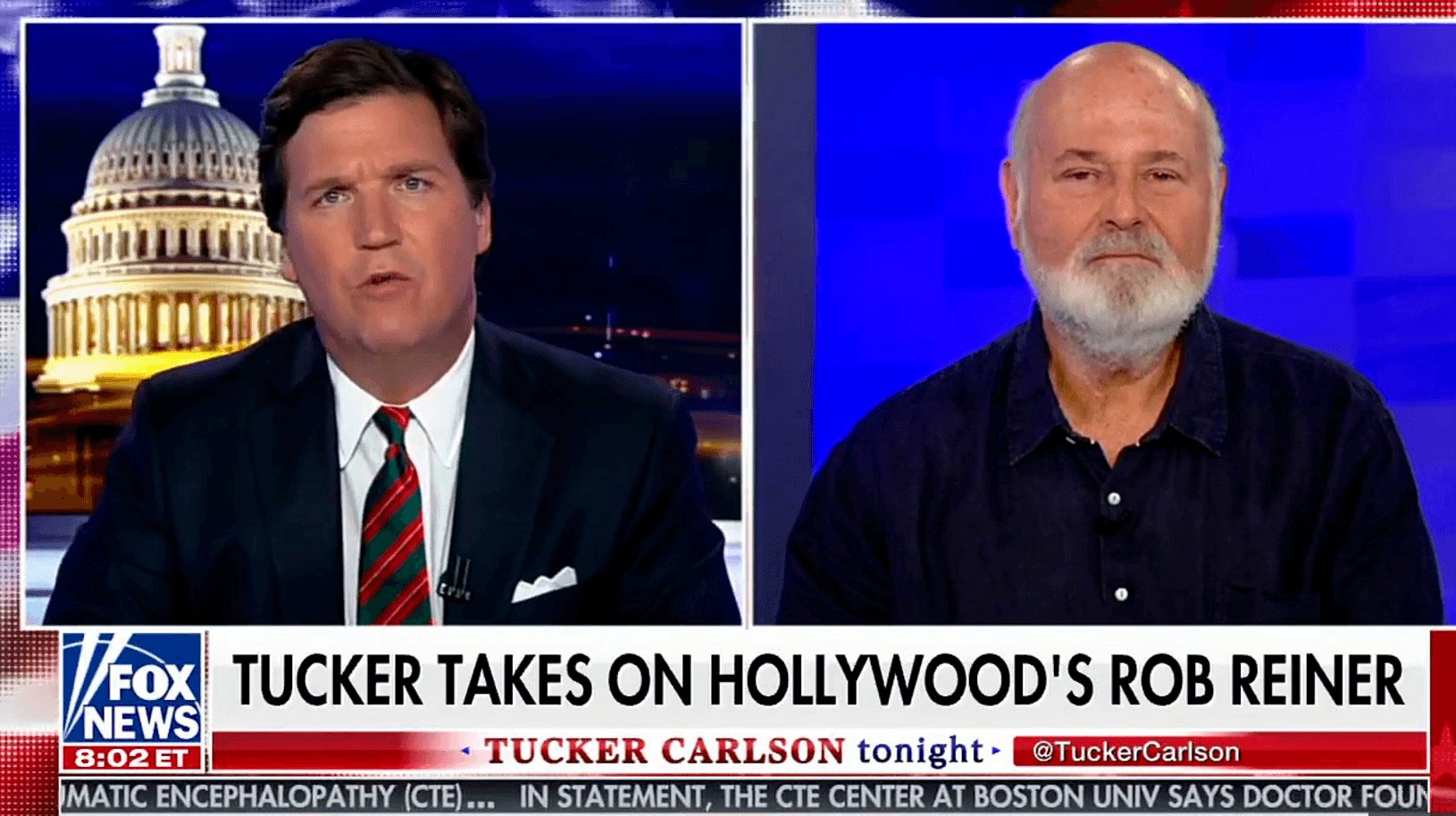 Fox News host Tucker Carlson had Hollywood director Rob Reiner spinning Thursday night when he came on his show to talk about Hollywood’s latest video declaring that America is at “war” with Russia.

“When we say we’re at war, we are talking about a cyber war,” the 70-year-old film producer and member of the Committee to Investigate Russia group explained on “Tucker Carlson Tonight.”

“A couple of things. First you’ve aligned yourself with people like Max Boot and David Frum who have long advocated for real wars, hot wars,” The Daily Caller co-founder told Reiner. “Both of them were big advocates of the war in Iraq predicated on the idea that Saddam had weapons of mass destruction.”

“Well we have people on all sides,” Reiner replied, adding that his group is made up of hawks and doves and insisted this has nothing to do with President Trump’s election.

Reiner explained that America has been “invaded in a certain way” by Russia and that’s when Carlson called out Hollywood’s hypocrisy over China.

“A lot of this is disingenuous,” the Fox News host said. “Anyone who looks at cyber warfare. Any honest person will tell you. The Chinese military is the primary culprit in the United States, hacked into the White House not that long ago, into the computer system there, into almost every federal agency. Nobody said anything. You guys in Hollywood sell your movies in China. You bow to the imperatives of their propaganda and censorship offices. You change your movies to suit them. And yet no one says we are at war with China and I wonder why.”

“So your sucking up to this regime that has actually broken in and stolen industrial and military secrets that hurt this country, you say nothing, until Hillary Clinton loses the election,” he added.

“If China is a bigger violator in the United States than Russia and I think everyone agrees that it is,” Tucker responded. “Then why are they not in your movie?”

Reiner tried to come back with the excuse that China hasn’t “insinuated themselves directly into our democratic process, into our elections.”

Carlson called him out on it again.

“Are you being serious,” Tucker asked. “Of course they have. They have stolen information directly from the U.S. government. From our political figures, from the pentagon, from CIA, from the White House.If they are not in our political system, than I don’t understand what the definition is.”

Reiner then explained the difference between China and Russia was that they didn’t “utilize that information to try to effect an election.”

The Fox News Host responded that maybe Hollywood wasn’t selling as many movies in Russia.