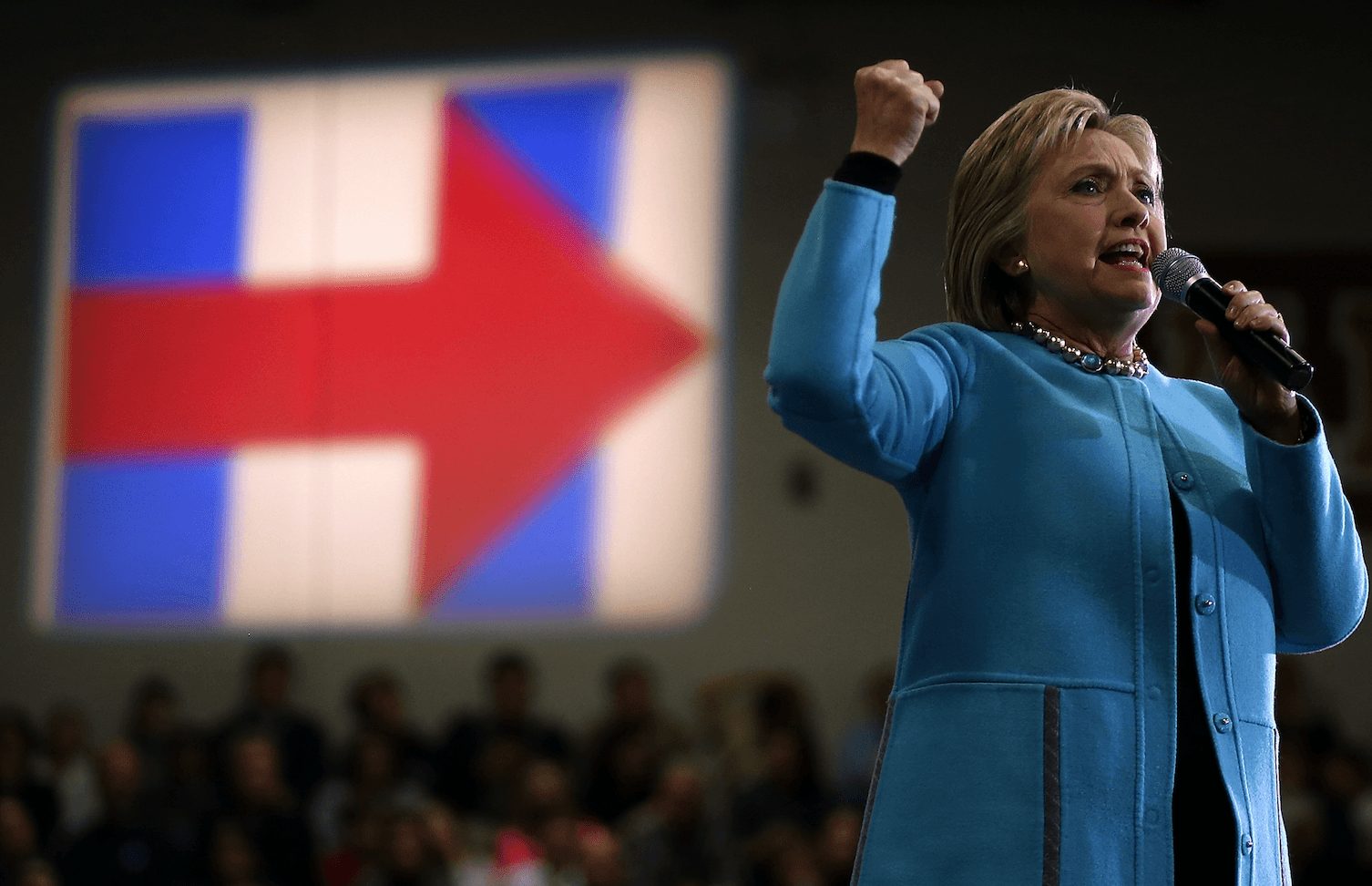 Talk about holding on to the dream. Nine months after Donald Trump was sworn into The Presidency, liberals still believe there is a chance that Hillary Clinton could become President of The United States.

Clinton herself raised the possibility of challenging the legitimacy of the elections in an interview with NPR. She explained that she would wait to examine the findings of the special investigation into Russian meddling in the election.

“Would you completely rule out questioning the legitimacy of this election if we learn that the Russian interference in the election is even deeper than we know now?” NPR’s Terry Gross asked.

“You’re not going to rule it out,” Gross interjected.

“No, I wouldn’t rule that out,” Clinton said.

However Clinton backtracked the next day on The Late Show With Stephen Colbert.

“That’s right … Nobody’s talking about contesting the election, including me,” Clinton said, to some groans in the audience. “There is no mechanism.”

But here comes Hollywood. Actor Carl Reiner tweeted early Wednesday morning how excited he was that the election could be invalidated, and Clinton could be installed as president.

Is there anything more exciting that the possibility of Trump's election being invalidated & Hillary rightfully installed as our President?

The Hollywood-fueled conspiracies related to ways in which Hillary Clinton could still somehow become President are not knew however.

The most notable was a massive push in the days follow the election to convince Electoral College Voters to vote for Hillary Clinton despite the majority of their state constituents voting for Trump. A Change.Org petition gathered nearly 5 million signatures to that effect in the weeks follow November 4th, 2016. That effort failed and now those 5 million petition signers are the proud recipients of non-stop Democratic fundraising emails.

Not to be outdone, here is far-left CNN commentator Sally Kohn on her straightforward plan.

Back in March, Clinton adviser Peter Daou explained that because Clinton won the popular vote, she should take the Oval Office if the Russia investigation exposed evidence that the Trump campaign colluded with Russia.

Lastly, The Daily Kos laid out their dream scenario in an article titled, “How Hillary can STILL become the 45th President: The Proper Result of a Trump-Russia Smoking-gun.”

The article argued impeaching Trump and Vice-President Mike Pence isn’t enough because that would make Speaker of the House Paul Ryan the new president. The author argues the Supreme Court needs to invalidate the results the Electoral College, not the election itself. This would force the electoral college to meet again and calculate the new winner of each state, not counting the votes cast for Trump.

Obviously, since any votes for the Trump/Pence ticket would be disregarded, the Clinton/Kaine ticket would be declared the winner of all 50 states and the District of Columbia, netting them 538 Electoral Votes. The slate of electors, newly certified by each state, would meet in the state capital on whatever date the Court prescribed for the Electoral College to reconvene. They would follow the normal procedure for voting to determine to whom the presidency and vice-presidency rightly belong.

Previous Article
This is How China Reacted After Trump Dropped That Huge Executive Order on North Korea
Next Article
When Reporter Asks About His ‘Security Detail,’ Sheriff Clarke Unloads a Firecracker of a Response