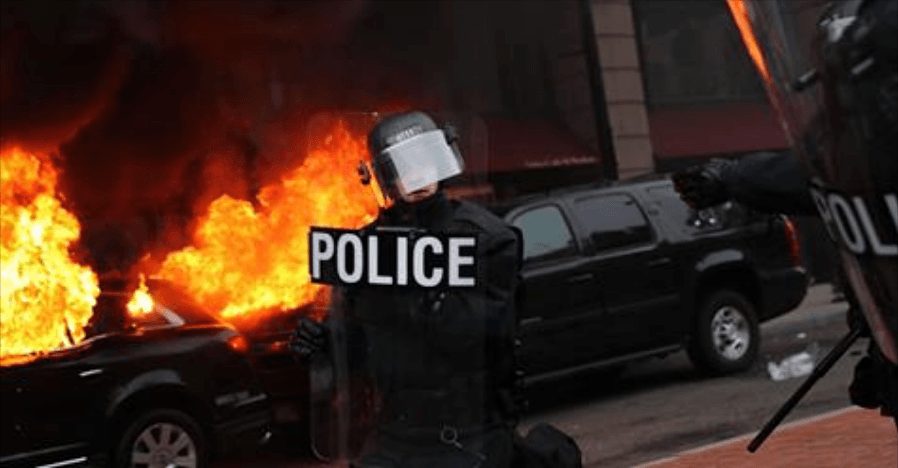 Aside from the gallantry and pageantry of January 20, 2017, the Trump Inauguration was also marked with some of the most hateful and violent protests seen in Washington DC in some time. Rioters set fire to vehicle, smashed storefronts and caused hundreds of thousands of dollars in additional damage.

During the riots Police did a remarkable job keeping containment especially given the several hundred arrests that were made. Most of the arrests were of folks who donned the famous black mask of the movement that would come to be known as antifa.

Some pleaded guilty to the charges against them however the vast majority, in somewhat of a continued sign of resistance, pleaded their case to a DC judge and attempted to have their cases thrown out. That judge’s response?

You are all going to trial to face the music.

The judges full and brutal ruling is here.

As a brief reminder, check out a couple shots from the riots that day.

According to BuzzFeed News:

A judge in Washington, DC, on Thursday denied requests to dismiss the criminal cases against nearly 200 people charged with rioting in downtown Washington on President Donald Trump’s inauguration day.

The defendants had raised a series of legal arguments against the indictment, including that it lacked specificity and that the DC rioting laws failed to account for people who were arrested for engaging in political speech protected by the First Amendment.

District of Columbia Superior Court Judge Lynn Leibovitz, who heard arguments in July, issued an order Thursday denying all the motions to dismiss. The defendants are set to be tried in groups at separate times, with the first trial date scheduled for late November. Other trials are scheduled throughout 2018.

There are 194 cases pending; 19 defendants have pleaded guilty so far. The defendants all face felony rioting and property destruction charges, and some face additional charges.

Previous Article
Stop What You’re Doing And Watch Hillary’s New Video For Her Book – It’s The Worst
Next Article
What S. E. Cupp Just Did To MSNBC Host Lawrence O’Donnell Will Make You Love Her Forever