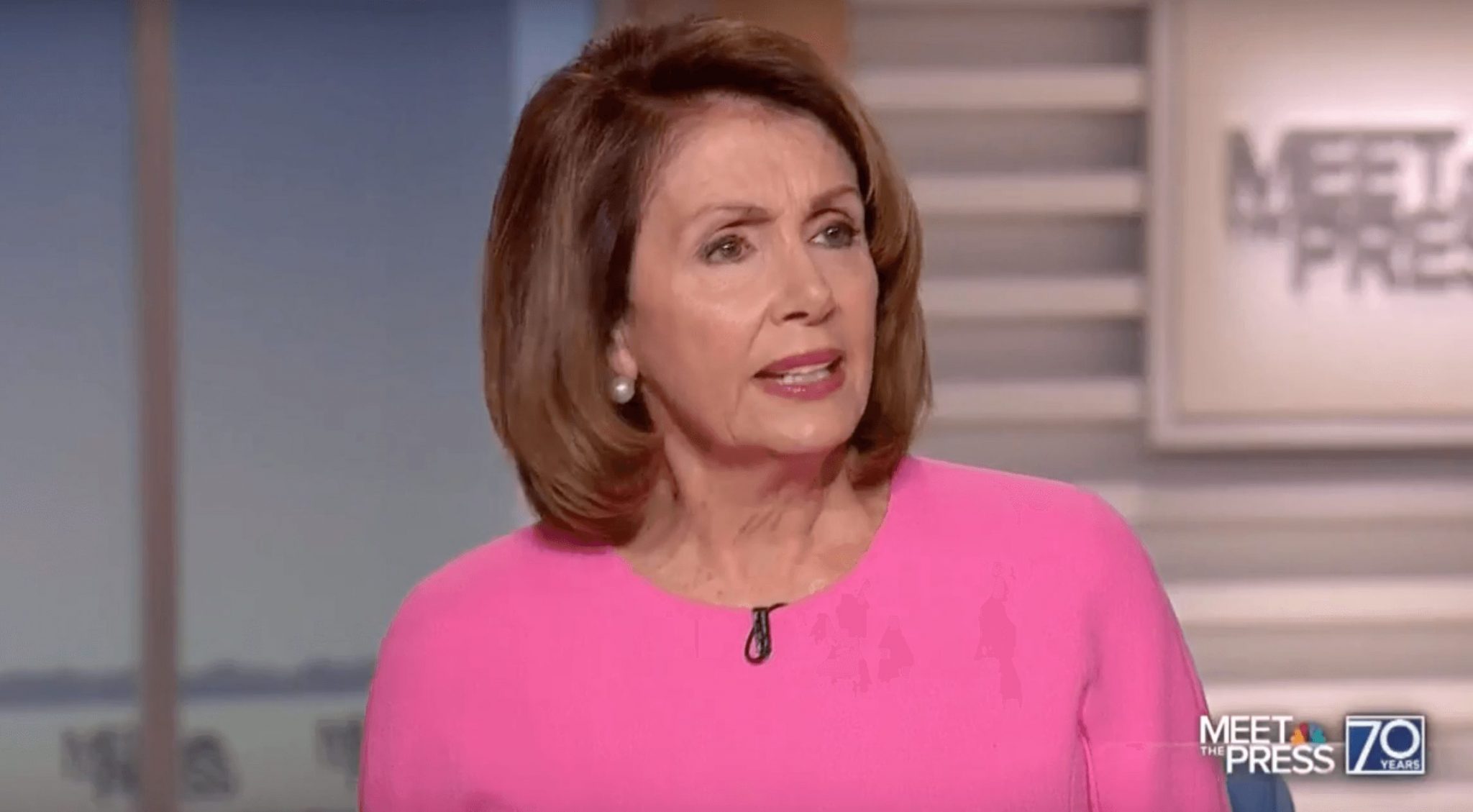 It wouldn’t be Monday if we weren’t talking about House Minority Leader Nancy Pelosi (D., Calif.) did something stupid on Sunday. This time it appears she doesn’t know how to pronounce the name of NFL quarterback Colin Kaepernick, whose national anthem protests have sparked nationwide debate.

President Donald Trump touched off a firestorm in the sports world over the weekend with a series of broadsides against Kaepernick and NFL players who kneel in protest during the national anthem, as well as telling NBA champion and Golden State Warriors star Stephen Curry his invitation to the White House was rescinded.

Chuck Todd, current host of NBC’s Meet The Press, asked Pelosi on Sunday to comment on the debate; she said Trump should “bring people together” as he promised.

The Former House Speaker also mentioned that sports and the arts can bring people together.

Kaepernick, who is curently a free agent since every NFL team has refused to sign him, played for Pelosi’s hometown San Francisco 49ers.

It’s not the first time Pelosi has had issues with pronouncing the name of a famous athlete. Despite the Golden State Warriors being based near Pelosi’s San Francisco district and Curry being one of the most famous players in the world, Pelosi pronounced his first name as STEE-ven instead of the correct STEFF-in.