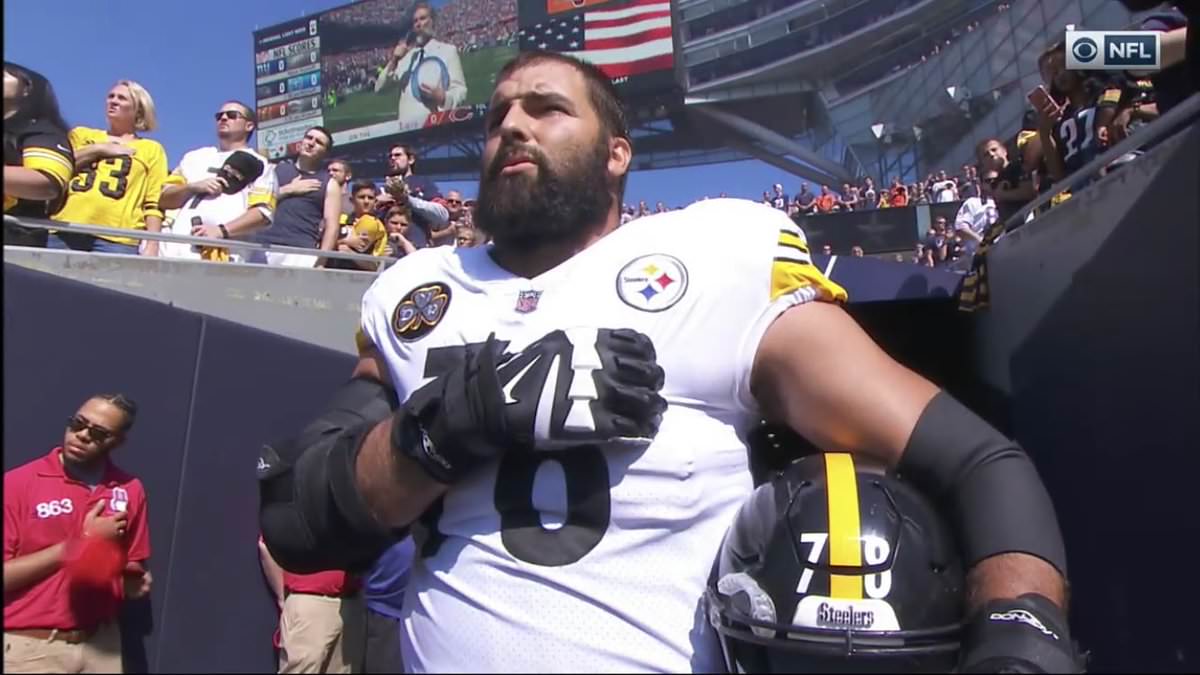 As the National anthem protest saga heated up this past weekend, one player refused to be sucked in. Its no surprise that player happens to be a former Army Ranger. Alejandro Villanueva was the only Steeler to come out for the National Anthem on Sunday. He stood in the tunnel while the rest of the team stayed put in the locker room.

Villanueva stood with his hand over his heart and sang along with the National Anthem.

The 28-year-old former Army Ranger is a bronze star recipient and served three tours in Afghanistan.

Steelers coach Mike Tomlin said he noticed Villanueva during a preseason game because of the way he stood during the National Anthem, according to an article in NFL.com.

Interestingly, Tomlin seemed to ignore Villanueva’s stand against defaming our country with his statement to CBS Sports sideline reporter Jamie Erdahl. This is what he had to say about the Steelers actions on Sunday:

“You know, these are very divisive times for our country and for us as a football team it’s about us remaining solid. We’re not going to be divided by anything said by anyone. … “[I told our players] if you feel the need to do anything I’m going to be supportive of that — as Americans you have that right. But whatever we do we’re going to do 100 percent, we’re going to do together. We’re not going to let divisive times or divisive individuals affect our agenda.”

Alejandro Villanueva was the only Steeler to come out for the National Anthem, standing in the tunnel. pic.twitter.com/L4EtxRQSvA

No Steelers were on the sideline during the anthem.

LT Alejandro Villanueva, a veteran who served in the Army, stood near the tunnel. pic.twitter.com/JOviLUAtiF