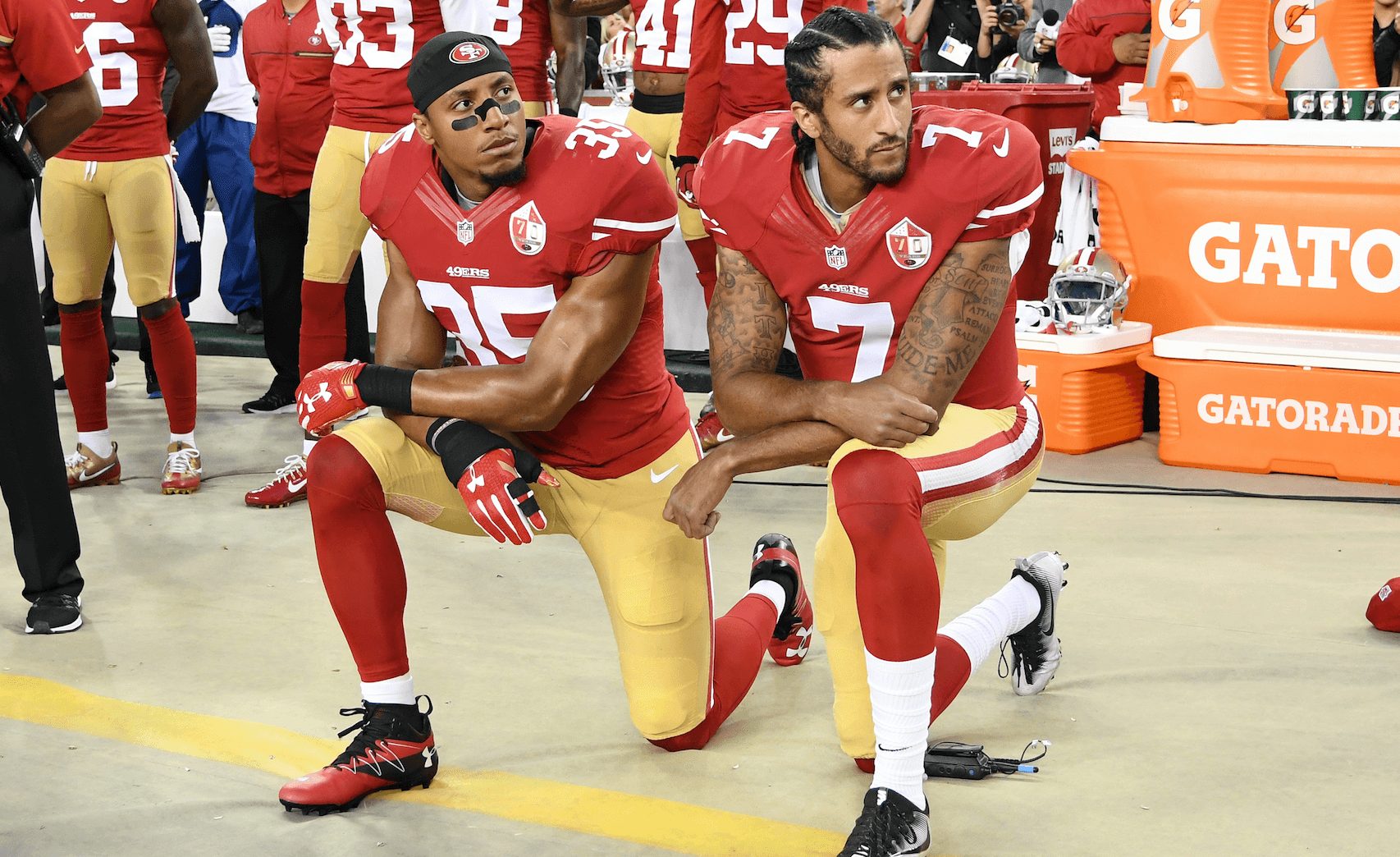 If there is one sure-fire way to determine how the majority of Americans feel about the NFL National Anthem sage its this – Follow. The. Money.

Over the past month the overall stock market is up more than 2% however shares of companies that broadcast NFL games like Comcast, Walt Disney, Fox and CBS are all down between 1% to 8%. Thats a fairly massive decrease in valuation for some of America’s largest media companies.

Social activism has been the leading story-line so far this season which represents a dramatic increase from last year that began when San Francisco 49ers quarterback Colin Kaepernick began protesting during the National Anthem. This year protests have grown to include such causes as defending Kaepernick himself, who is without a team, who some players believe is being unfairly treated by by the league.

The downward trend in viewership and advertising spend started towards the end of last year. Many thought (read: hoped) it would be a temporary adjustment and things would re-align themselves at the beginning of this season. That has certainly not happened. in fact, things have gotten worse.

Ratings for the the NFL have been worse this season and attendance for some games has also been disappointing. The networks will pay over $5 billion this season to televise the NFL and were already facing unflattering margins on advertising profits. An article in The Hollywood Reporter reckons the drop in NFL ratings could trim the broadcaster’s earnings by $200 million. Disney’s ESPN, meanwhile, also continues to get hammered by cord-cutting.

It’s just two weeks into the 2017 NFL season. But the trend is not good for the league and its networks. No one seems happy.