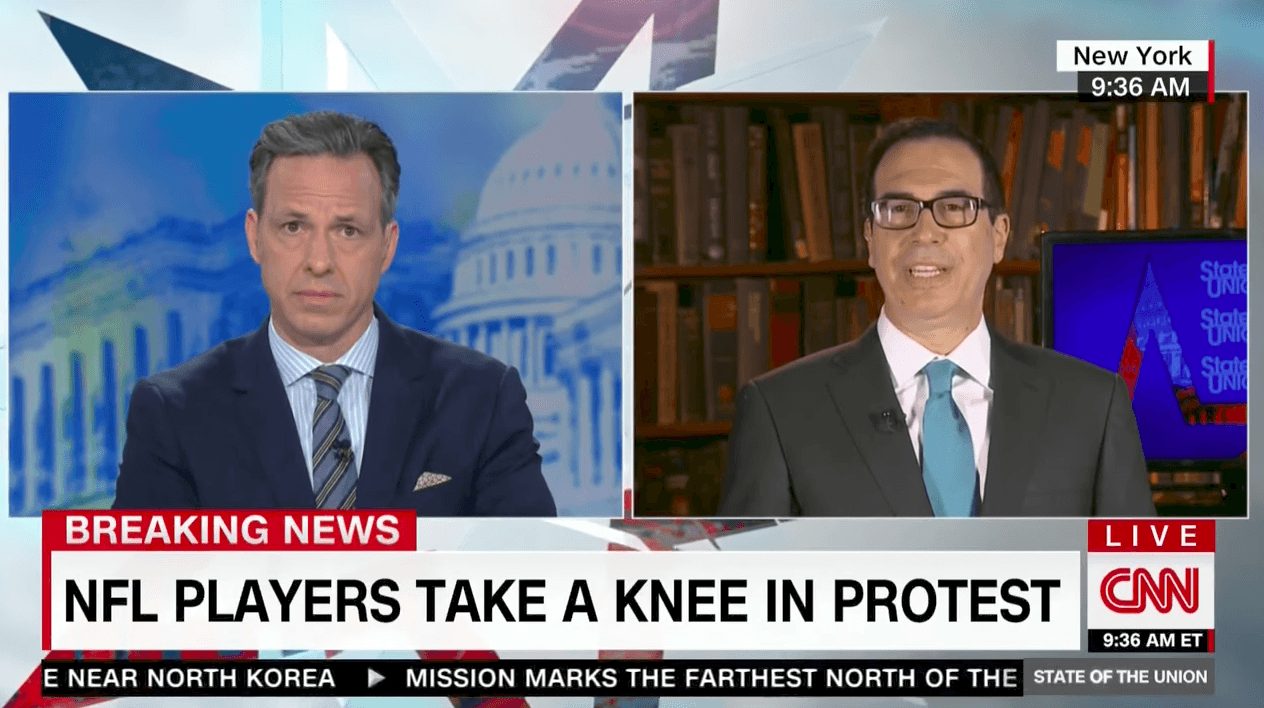 When a Black Lives Matter extremist murdered five Dallas police officers, the NFL blocked the Cowboys from honoring the officers.

Treasury Secretary Steve Mnuchin pointed out on CNN’s ‘State of the Union’ on Sunday that the NFL prohibited the Dallas Cowboys from honoring five fallen police officers after a Black Lives Matter extremist murdered them in 2016, but the league permits players to protest during the national anthem.

“The NFL has all different types of rules. You can’t have stickers on your helmet. You have to have your uniforms tucked in,” the treasury secretary said. “What the president is saying and I think the owners should meet, and they should vote on this rule [banning flag protest].”

Mnuchin then brought up the fact that the NFL had banned the Dallas Cowboys from wearing stickers that honored fallen police officers in 2016. Put up against their refusal to discipline players protesting the national anthem, the NFL may have to reevaluate their priorities, according to Mnuchin.

Previous Article
There’s One NFL Jersey Flying Off the Shelves Today…
Next Article
Breaking: Anthony Weiner Sentenced Announced And It Has Jaws Dropping