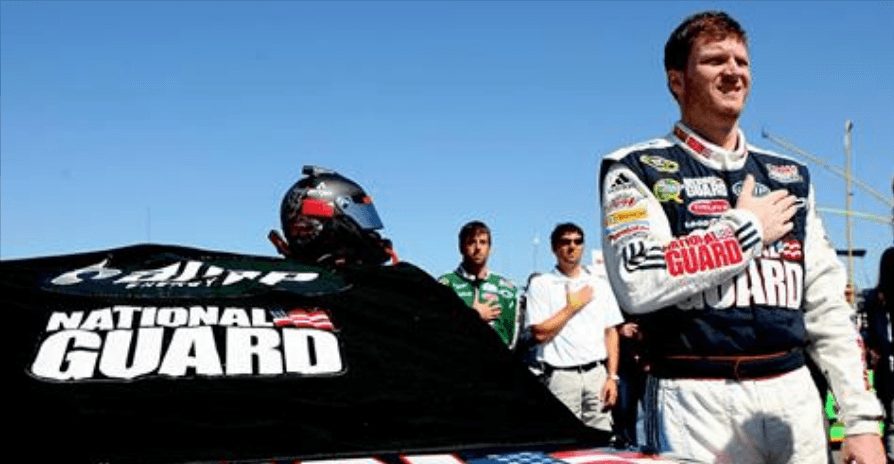 On Friday night in Alabama President Trump went after NFL players who “disrespect the flag”. This, as everything Trump says, through the country into a tizzy and caused hundreds on NFL players, coaches, owners and staff to react on Sunday.

Trump doubled down on the attacks by mixing it up with Golden State Warriors player Steph Curry after he said he would not visit the White House with the rest of the team. Tensions spread to a third major sport later that night when Oakland Athletics catcher Bruce Maxwell became the first MLB player to protest the national anthem.

This is likely because NASCAR owners issued strong warnings to their crews and drivers that if they protest the national anthem, it will result in being fired.

“Anybody that won’t stand up for the anthem ought to be out of the country. Period. What got ’em where they’re at? The United States.”

After being asked if people on his team choosing to protest the national anthem would be fired, Petty responded, “You’re right.”

“It’ll get you a ride on a Greyhound bus. Anybody that works for me should respect the country we live in. So many people gave their lives for it. This is America.”

While many team owners have attempted to maintain control by allowing, yet disavowing, protests — These NASCAR owners are not mincing words.

Disrespect the flag and find a new job.