Breaking: Anthony Weiner Sentenced Announced And It Has Jaws Dropping 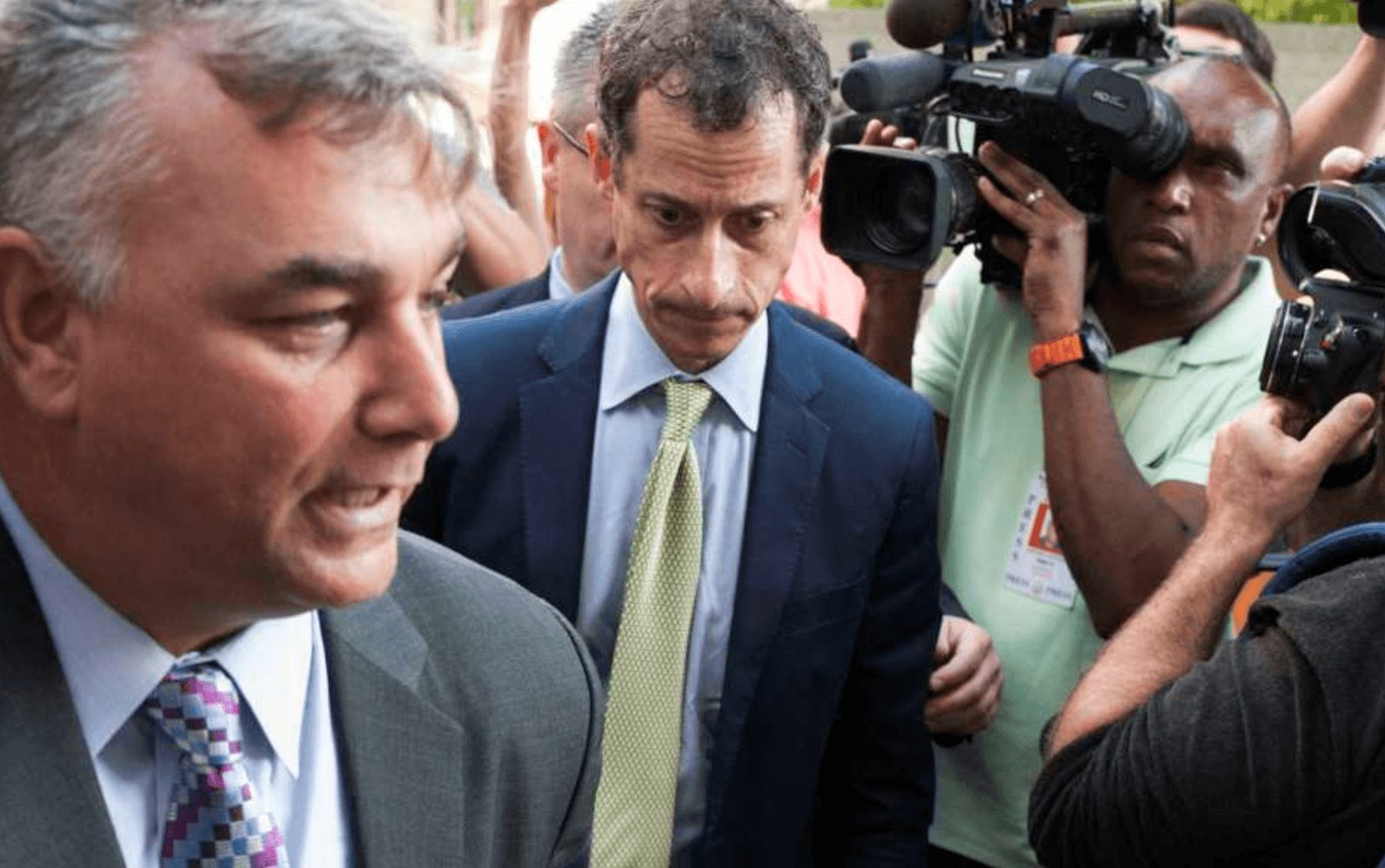 The long saga of Anthony Weiner has come to a close as a judge has announced the sentence for the disgraced former NY Congressman.

Rep. Anthony Weiner was sentenced Monday to 21 months in prison, in the most severe penalty yet in connection with the sexting scandal that drove the New York Democrat out of Congress and ruined his marriage.

Weiner, who was formerly married to Democratic star Huma Abedin,  pleaded guilty in May for sending sexually explicit texts to a 15-year-old girl across state lines. Weiner agreed not to appeal any sentence between 21 and 27 months in prison. The disgraced politician apologized in court to the teenage victim, blaming his own “destructive impulses.” Weiner was also forced to register as a sex offender.

Weiner said last week that he was undergoing treatment and is profoundly sorry for subjecting the minor to what his lawyers call his “deep sickness.”

Weiner’s defense focused largely on destroying the reputation of the teenage girl. They assessed that she was the aggressor and was looking to generate income from a book she would later publish about the ordeal.

“I have compulsively sought attention from women who contacted me on social media, and I engaged with many of them in both sexual and non-sexual conversation,” Weiner said in a prepared statement in May. “These destructive impulses brought great devastation to my family and friends, and destroyed my life’s dream of public service.”P

Weiner apologized to his now-estranged wife, longtime Clinton aide Huma Abedin, and his family, after his admission of guilt.

“I have a sickness, but I do not have an excuse,” Weiner said.

Abedin filed for divorce just hours after Weiner pleaded guilty in May.

The FBI began investigating Weiner in September 2016 after a 15-year-old girl in North Carolina told a tabloid news site that she and the former politician had exchanged lewd messages for several months, and accused him of asking her to undress on camera.

This relationship was not the first that caused public embarrassment for Weiner and his family. In 2011, Weiner resigned from Congress after an errant tweet exposed his sexting habits. He later ran for New York City mayor, but was unsuccessful.

But the criminal investigation into his relationship with the minor infamously connected with the 2016 presidential election, when agents acquired Weiner’s electronic devices and uncovered a new batch of emails between Hillary Clinton and Abedin. The discovery led the FBI to revisit the investigation into Clinton’s use of a private email server while conducting official government business while secretary of state. Clinton has cited this as a factor in her 2016 presidential defeat, and most recently, recalled the series of events in her new book, “What Happened.”

The Associated Press contributed to this report.