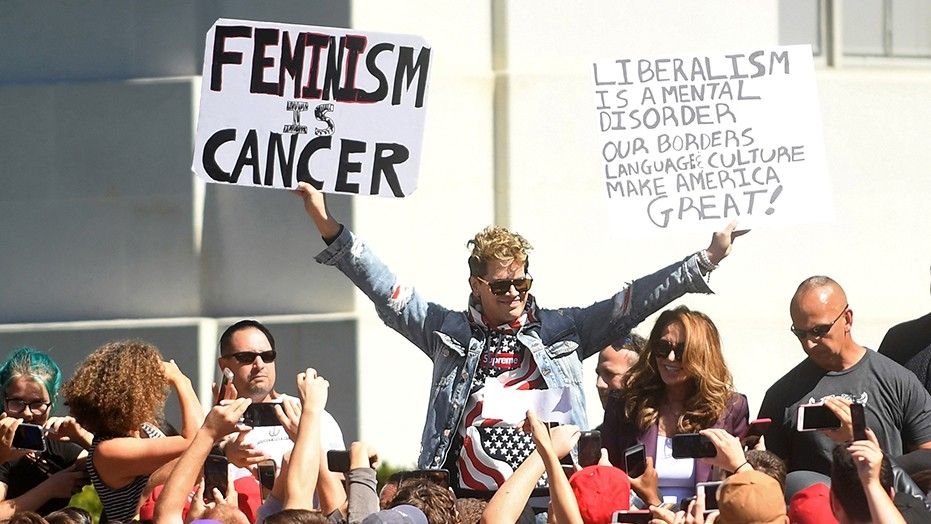 Milo Yiannopoulos’s brief Sunday appearance at the University of California, Berkeley cost the college $800,000 in security fees, making his appearance “the most expensive photo op” in the college’s history, a spokesman said.

The right-wing provocateur appeared for less than an hour on the footsteps of Sproul Hall as attendees were forced to go through heavy security and metal detectors, FOX News reported. The university spent nearly $1 million on security for the event before the student group sponsoring Milo’s appearance abruptly pulled out Saturday, ending the four-day event before it began.

The event was “the most expensive photo op in the university’s history,” spokesman Dan Mogulof told reporters. Police arrested 11 people at the event, including four that were dressed in all-black antifa attire and one man wearing a “Make America Great Again” t-shirt.

During his brief appearance, Milo signed copies of his book, took pictures with fans, and sang the national anthem.

Milo’s Free Speech Week was slated to take place between Sunday and Wednesday this week and feature several speakers before the student group pulled out, much to the chagrin of campus administrators.

“It is extremely unfortunate that this announcement was made at the last minute, even as the University was in the process of spending significant sums of money and preparing for substantial disruption of campus life in order to provide the needed security for these events,” Mogulof said in a Sunday statement.
Previous Article
While the NFL Protests The National Anthem, NASCAR Just Showed How Real American Athletes Act
Next Article
Sec. Mattis Got Asked About The NFL Protests – His Answer Is Pure Mattis