Sec. Mattis Got Asked About The NFL Protests – His Answer Is Pure Mattis 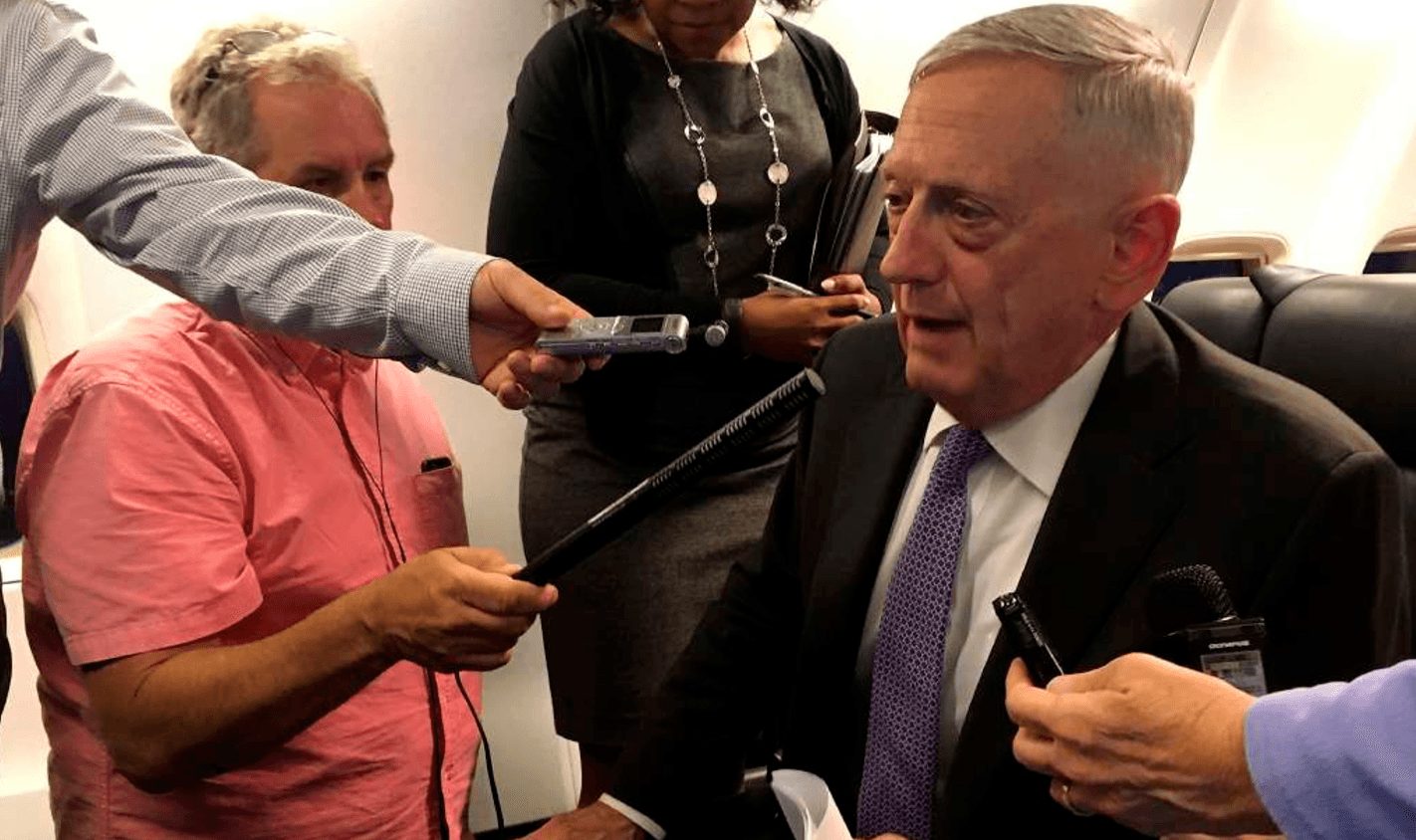 Secretary of Defense James Mattis steered clear of passing any type of judgement on NFL players kneeling during the national anthem during a press gaggle on a flight to India Monday.

“I’m the secretary of defense. We defend the country,” is all Mattis would give on the subject. Pentagon spokesman Army Col. Rob Manning went a bit further in a briefing with reporters Monday with respect to service academy players, expressing his “hope” that they would stand.

“I’m the secretary of defense. We defend the country”

President Donald Trump has repeatedly denounced the NFL and players who kneel during the anthem in recent days.

Secretary of the Treasury Steve Mnuchin was the first member of the Cabinet to support the president’s remarks saying Sunday, “This isn’t about Democrats, it’s not about Republicans, it’s not about race, it’s not about free speech. They can do free speech on their own time. That this is about respect for the military and first responders in the country.”