Canada Just Laid The Smack Down on Chelsea Manning 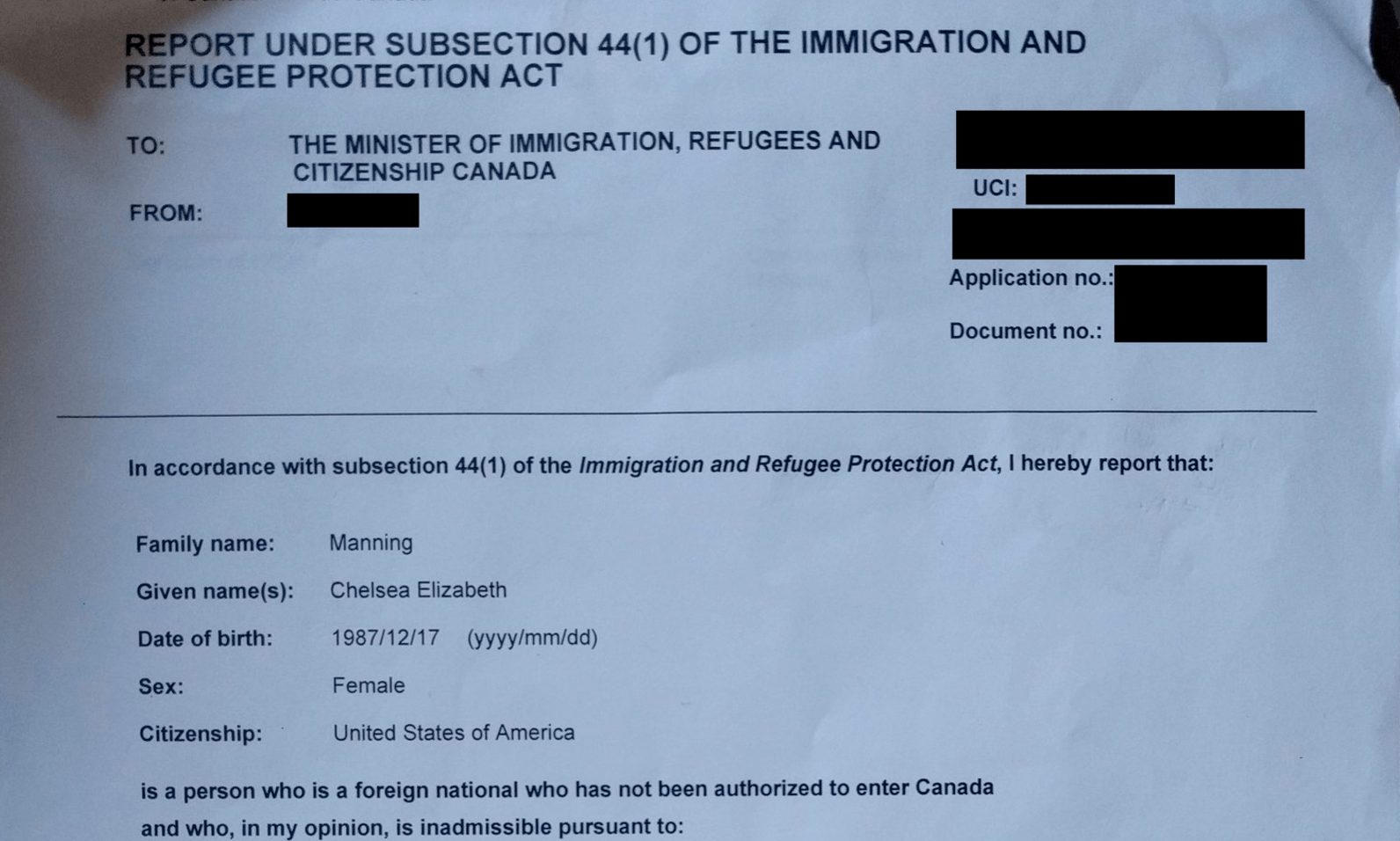 The Canadian government blocked former U.S. Army Private Chelsea Manning from entering the country, according to a tweet that Manning posted on Monday:

so, i guess canada has permanently banned me ? ✋🤠🌄🇨🇦 @CitImmCanada denied entry b/c of convictions similar to "treason" offense 🤔🌈💕 pic.twitter.com/xp0JOEEOGd

Posting an image of a message from Canada’s immigration authorities, Manning complained that Canada had “permanently banned” her for “convictions similar to ‘treason.’”

Manning indicated in replies to the tweet that she will appeal the decision.