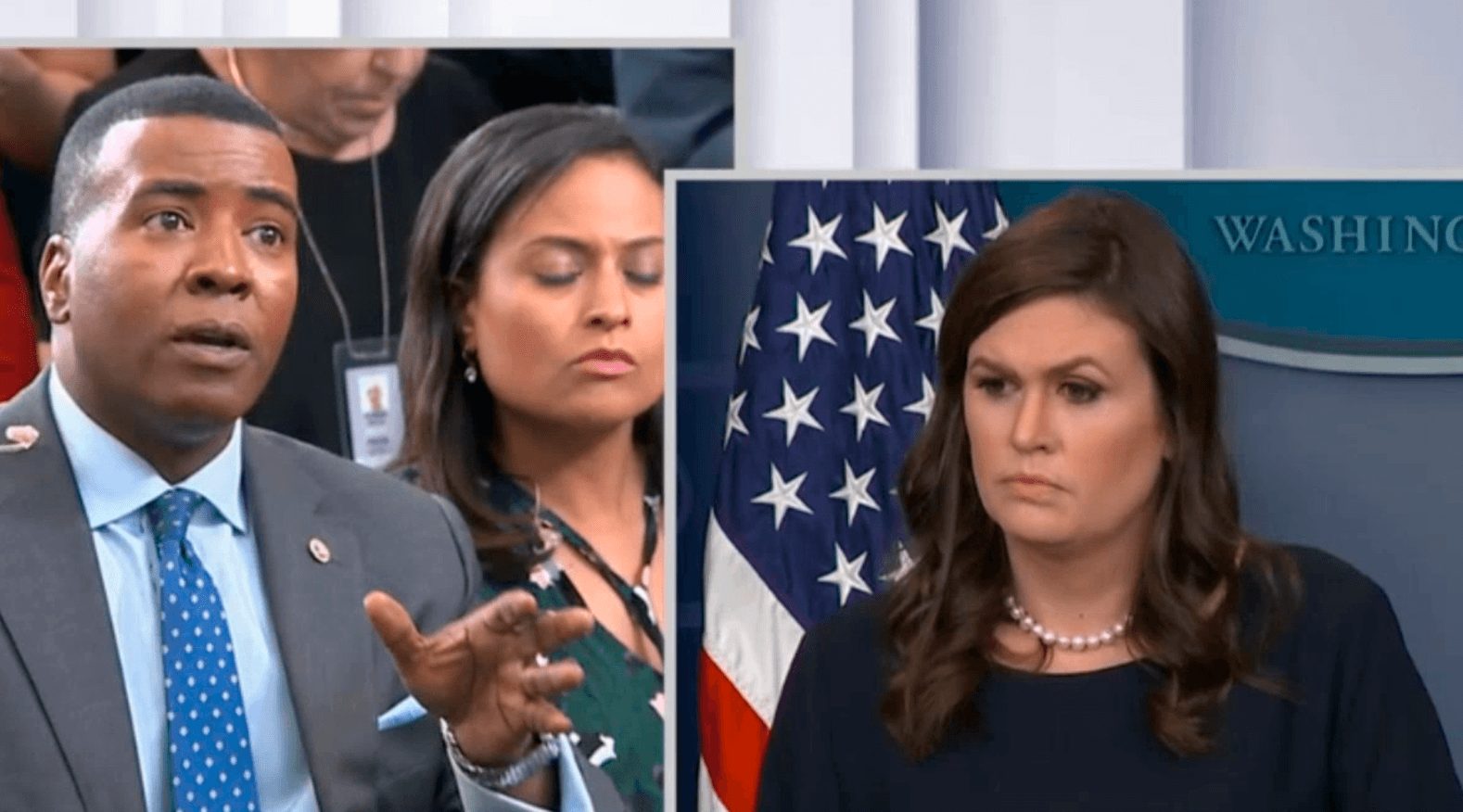 There is one job that is unequivocally the hardest job in Washington DC and thats being President. But being White House Press Secretary in unequivocally the second hardest. Luckily, Sarah Huckabee Sanders is up to the task.

Today Sanders stepped to the podium amidst a difficult 4 days for the country as comments by President Trump sparked wide-spread protests during NFL games on Sunday. Sanders was asked immediately about the controversy:

Reporters continued to press Sanders repeatedly on the issue with questions related to the “appropriateness” of Trumps Comments. Her response was right on the money.

“I think it is always appropriate for the president of the United States to defend our flag, to defend the national anthem, and to defend the men and women who fought and died to defend it.”

When pressed again, Sanders made the White House’s position clear:

Protests are expected to continue for the foreseeable future and it is likely the President will have much more to say, or tweet, in the days ahead.

Watch the video below from IJR.

Previous Article
Stop Everything and Read Mike Rowe’s Response To The NFL Protests
Next Article
Jerry Jones Donated 1 Million to Trump Inauguration. And Just Took a Knee During National Anthem…