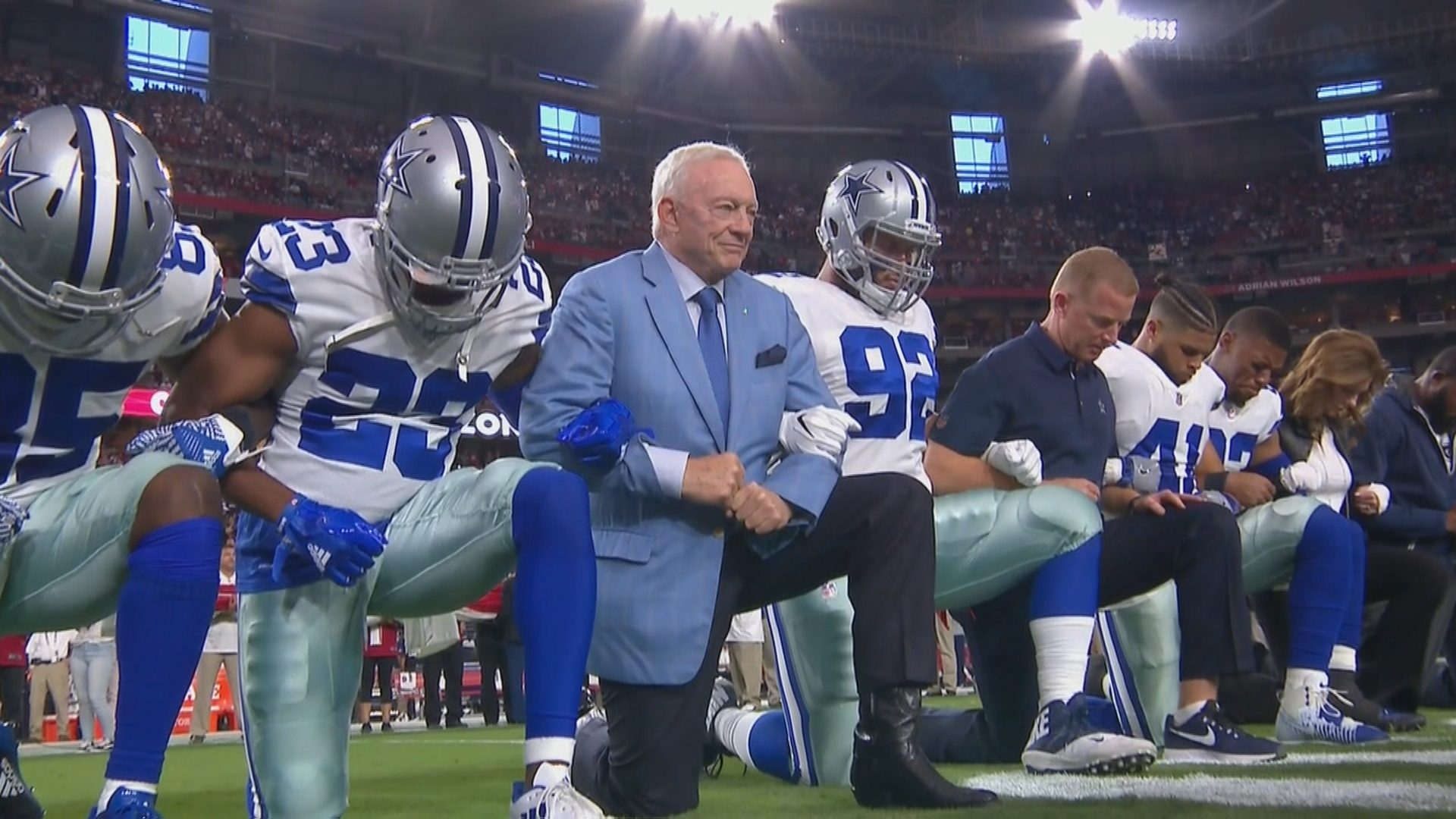 Monday night brought more football and more National Anthem protests, this time from the Dallas Cowboys. They were joined by famed team owner Jerry Jones on the field and collectively took a knee before standing with locked arms for the Anthem itself.

The Cowboys kneeled before the anthem, but stood while it was sung, the Hill reports.

Jones’s joining his team to kneel is particularly noteworthy, as he has been in the recent past a strong critic of the national anthem protest begun by quarterback Colin Kaepernick.

“I just feel so strongly that the act of recognizing the flag is a salute to our country and all of the people that have sacrificed so that we can have the liberties we have,” Jones said in 2016. “I feel very strongly that everyone should save that moment for the recognition of the flag in a positive way, so I like the way the Cowboys do it.”

Jones even condemned the protest last week, when he told Fox Business’s Cheryl Casone that he was against it.

“I do not think the place to express yourself in society is as we recognize the American flag,” Jones said. “So that’s not the place to do anything other than honor the flag and everybody that’s given up a little bit for it.”

But those comments came before President Donald Trump attacked anthem protests during a speech in Alabama on Friday, calling on team owners to fire players who won’t stand. In response, dozens of players followed Kaepernick’s lead, kneeling during the anthem. Some teams, like the Pittsburgh Steelers, simply opted not to take the field until the anthem had played.

Jones’s joining the protest is of particular significance given his friendliness with the president. He gave some $1 million to Trump’s inaugural committee.