Dem. Rep Sheila Jackson Lee “Took a Knee” in the Middle of the House Floor 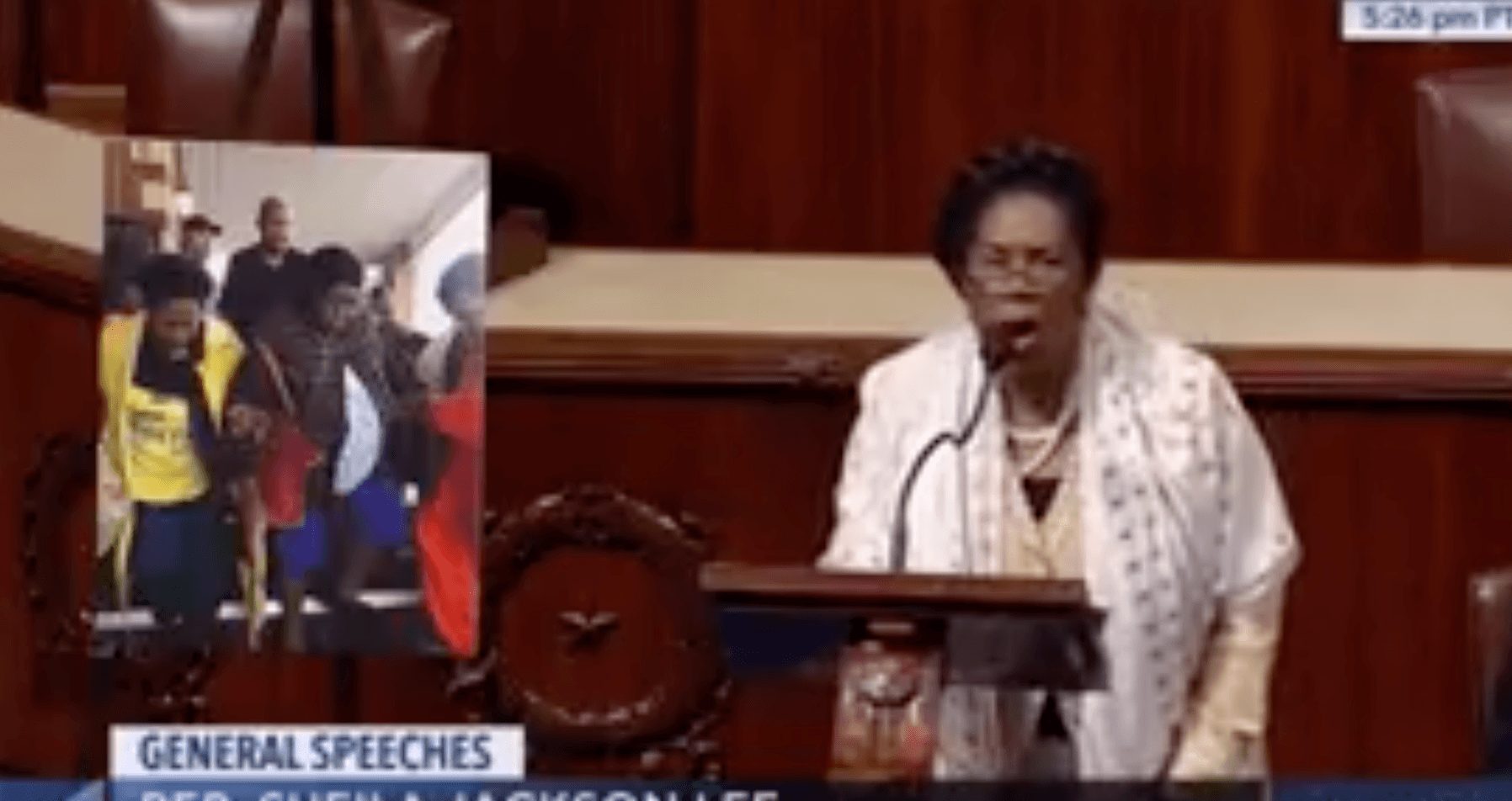 Democratic Rep. Sheila Jackson Lee of Texas took a knee on the House floor Monday evening in a public show of support for NFL players who do the same during the national anthem.

Protests, which were dying out around the NFL instantly became ubiquitous after President Donald Trump touched off a firestorm when he said Friday that owners should fire players who refuse to stand for the national anthem, remarking “get that son of a bitch off the field.”

Lee slammed Trump’s statements against the players during her House floor speech.

Trump dove head first into the controversy throughout the weekend with numerous tweets on the topic. Sarah Huckabee Sanders defended the President Monday saying that he was supporting those who stood for the anthem, not solely criticizing the players who protested.

Trump’s language prompted a backlash throughout the NFL. Players and owners criticized him, and teams across the league knelt or locked arms in solidarity during the national anthem in a clear response to the president.

The protest originated with former San Francisco 49ers quarterback Colin Kaepernick, who started taking a knee during the national anthem last year to draw attention to racial injustice. Some other players on other teams and leagues have since followed suit, setting off debates about free speech, patriotism and race.