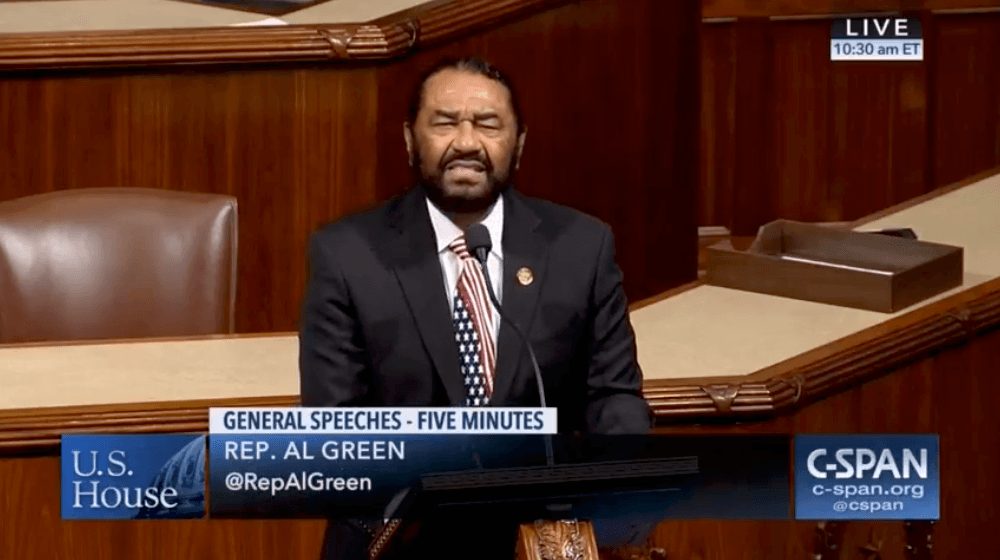 Rep. Al Green (D-TX) said on the House floor on Tuesday that he will try to impeach President Trump for his comments about NFL protests during the national anthem.

Green denounced President Trump’s description of NFL players who protested the national anthem as sons of b***hes, saying that it was “unbecoming of the presidency.”

The Texas representative then said that he intended to introduce a bill of impeachment against the president.

Green has called for Trump’s impeachment before, but changed his tune after the president gave help when a hurricane decimated Green’s home state.