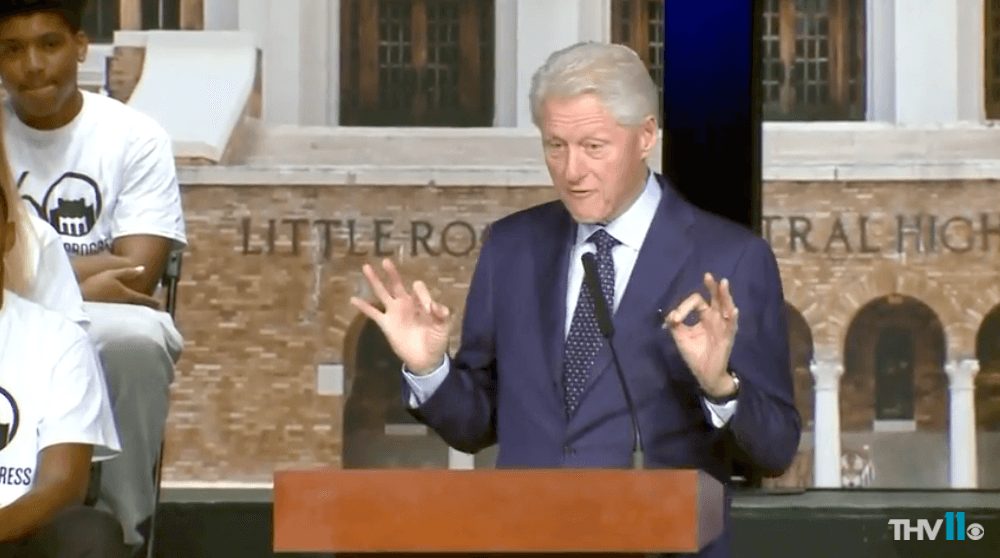 Former President Bill Clinton may have referred to President Donald Trump as a Neanderthal during a ceremony commemorating the desegregation of Little Rock, Arkansas on Monday.

Clinton was discussing how genetics show that people are more alike than we might appear.

“By tracing people’s genetic lineage, you find out that almost no black people are all black … and almost, no white people are all white either,” Clinton told the crowd. “Unless all of your ancestors are from sub-Saharan Africa between three percent and four percent of your human genome is from the Neanderthals.”

“That’s the part that’s been rearing its ugly head lately,” Clinton told the crowd, to laughter and applause.