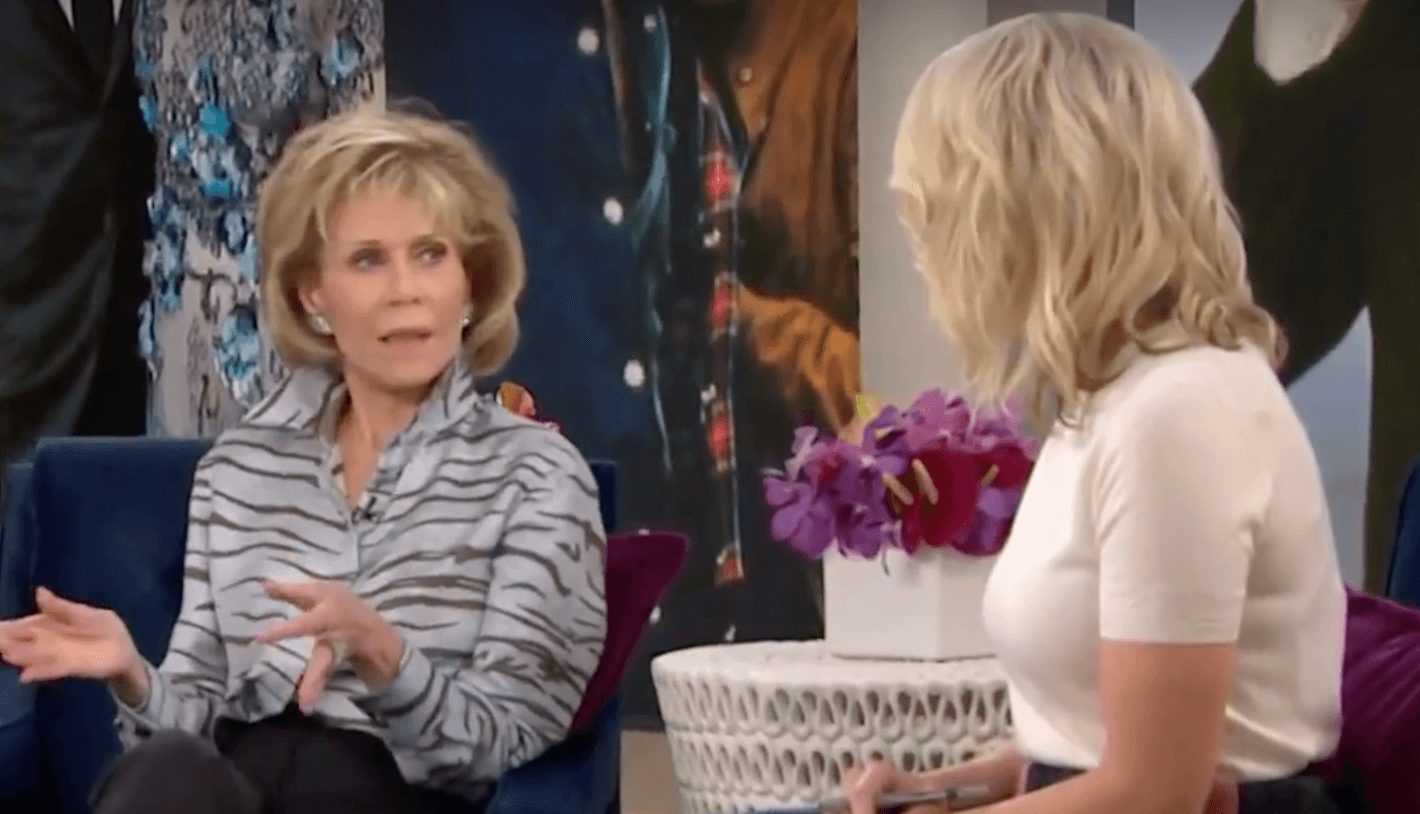 Famed and highly controversial actress Jane Fonda had a fairly rough interview on Wednesday with Megyn Kelly. After showing praise on her for her good looks, Kelly then asked her about her plastic surgery. Fonda did he best to maintain her composure but was visibly angry at the question.

“You’ve been an example to everyone on how to age beautifully and with strength. And unapologetically,” Kelly said to Fonda on “Megyn Kelly Today.” “You admit you had work done. I think it’s to your credit. You look amazing.”

“Have you—why did you say—I read you felt you’re not proud to admit you had work done. Why not?” Kelly asked.

“We really want to talk about that now?” responded a visibly angry Fonda, eliciting some laughter from the audience.

“Well, one of the things people think about when they look at you is how amazing you look,” Kelly said.

“Let me tell you why I love this movie that we did, Our Souls at Night, rather than plastic surgery,” Fonda said, referencing her new film with co-star Robert Redford which she was there to promote.

Fonda has been very well known for many years. Critics have attacked her for visiting North Vietnam during the Vietnam War, where she downplayed the torture of American prisoners of war, calling victims “hypocrites and liars.”

Fonda and Redford were guests on Kelly’s third-ever airing of her NBC morning show. The awkward exchange between Kelly and Fonda came one day after “Will & Grace” actress Debra Messing said that she regretted her Monday interview with Kelly due to another awkward comment by Kelly.