Remember The Librarian Who Refused The FLOTUS Book Donations? Well Look What We Just Found 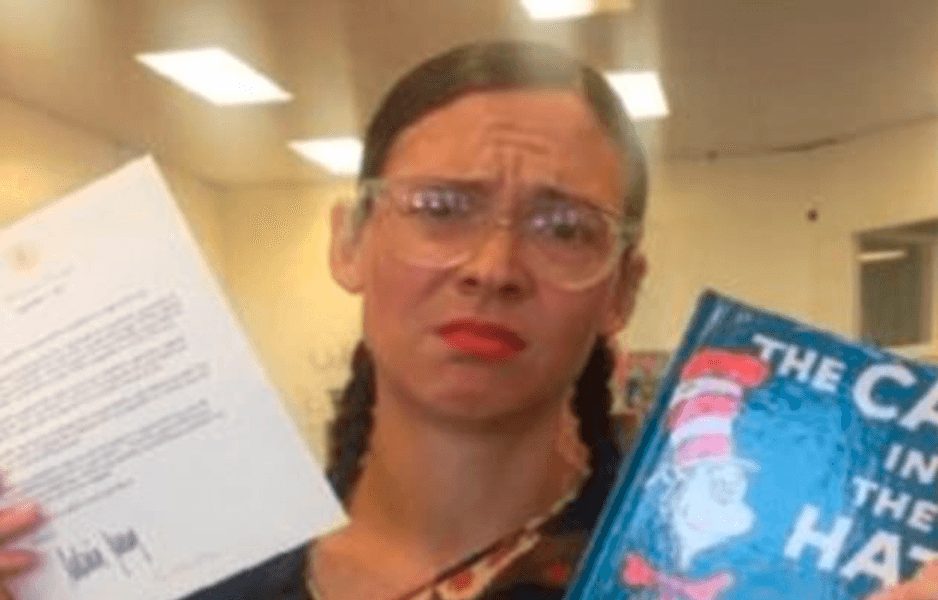 Phipps-Soeiro published an open letter, complaining that Dr. Seuss “is a bit of a cliché, a tired and worn ambassador for children’s literature.” Then the librarian attacked the “racism” present in Dr. Seuss’s books:

Another fact that many people are unaware of is that Dr. Seuss’s illustrations are steeped in racist propaganda, caricatures, and harmful stereotypes. Open one of his books (If I Ran a Zoo or And to Think That I Saw It On Mulberry Street, for example), and you’ll see the racist mockery in his art. Grace Hwang Lynch’s School Library Journal article, “Is the Cat in the Hat Racist? Read Across America Shifts Away from Dr. Seuss and Toward Diverse Books,” reports on Katie Ishizuka’s work analyzing the minstrel characteristics and trope nature of Seuss’s characters. Scholar Philip Nel’s new book, Was the Cat in the Hat Black? The Hidden Racism of Children’s Literature, and the Need for Diverse Books, further explores and shines a spotlight on the systemic racism and oppression in education and literature.

Instead, she should donate the books to lower income school districts, Phipps-Soeiro wrote.

There are several problems with Phipps-Soeiro’s statement, though. First off, the school district disavowed her statement:

“In this instance, the employee was not authorized to accept or reject donated books on behalf of the school or school district. We have counseled the employee on all relevant policies, including the policy against public resources being used for political purposes.”

And then there’s a photograph that has surfaced of the librarian, showing her celebrating the “racist” Dr. Seuss in a Cat in the Hat outfit:

So clearly, her motivations go beyond her disapproval of Dr. Seuss’s racial views.

Analysis of her personal activity reveals the real reason for Phipps-Soeiro’s refusal to accommodate the donation:

Marching for queer and trans students/patrons in Boston. I put a QR code for a bibliography I created of representational kids books which address gender on my sign. Librarians, onward! #ReadWriteResist

Counting herself among the members of ‘the resistance,’ Phipps-Soeiro’s only true drive appears to be blind, knee-jerk opposition to the Trump administration.

Previous Article
Surprise Surprise: A Major TV Show Is Back And They Opened Up By Going After You Know Who
Next Article
BIG: NBA Commissioner Makes Announcement On National Anthem Protests in the NBA