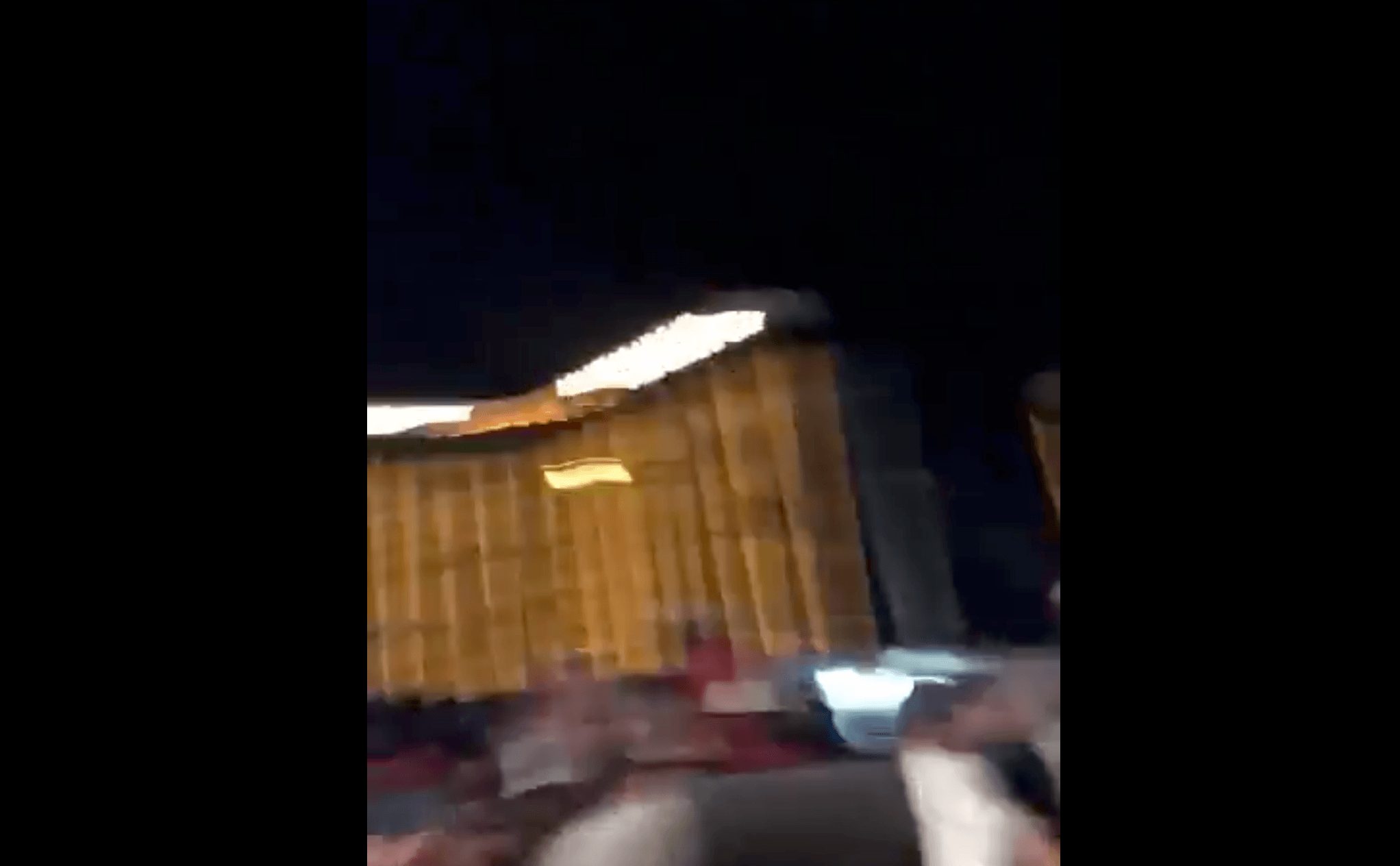 Warning: This video contains footage of the actual attack in Las Vegas which some readers may find disturbing. Viewer discretion is advised.

One man was caught on camera clutching a beer and giving the middle finger to the Las Vegas shooter who opened fire on a crowd of concert attendees from a hotel room Sunday night.

Just interviewed Shaun Hoff who was in the 4th row &I recorded this video. Says "we couldn't do anything." A woman was shot 30 ft from him. pic.twitter.com/rRZBeYH9tK

The unnamed beer-swilling concert attendee crouched intermittently as gun shots continued to ring out, but straightened himself long enough to give the shooter, Stephen Paddock, 64, of Mesquite Nev., a strong non-verbal message.

Paddock opened fire from the 32nd floor of the Mandalay Bay Hotel on the crowd of 22,000 gathered below at the Route 91 Harvest Concert, killing at least 50 and wounding more than 400. SWAT officers found him dead from a self inflicted gunshot wound after breaching the door to his hotel room.

Las Vegas Metropolitan Police Department (LVMPD) Sheriff Joseph Lombardo said Paddock, who was employed as an accountant, had a pilot’s license and a hunting license and no criminal record. Authorities found 10 unspecified weapons in his hotel room and a camera system, which authorities believed Paddock set up to monitor their approach.