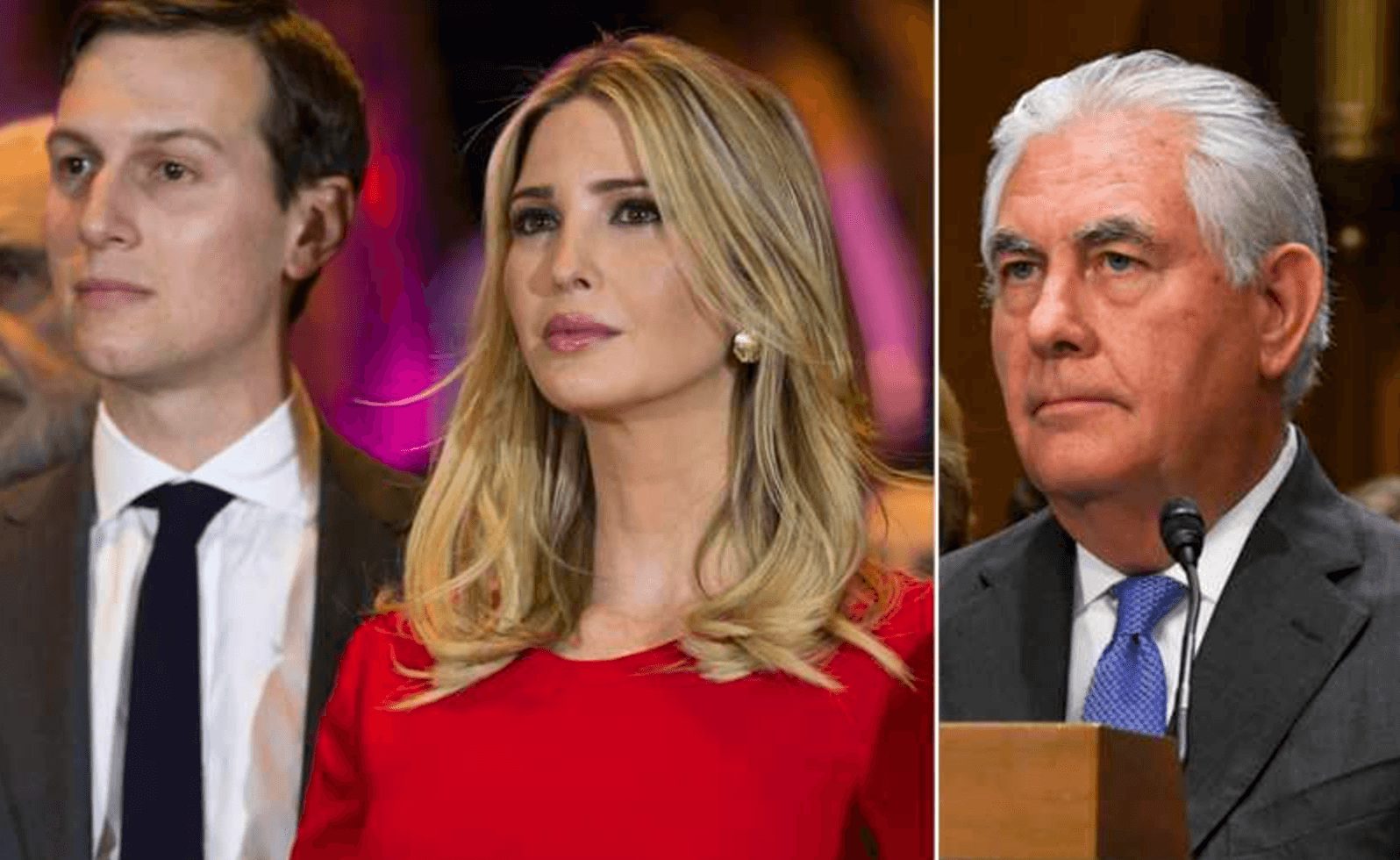 Secretary of State Rex Tillerson has a nickname for Ivanka Trump and Jared Kushner that explains much about their influential roles within the White House and the professional resentment that many administration officials feel toward the president’s kin.

Tillerson has reportedly taken to calling President Donald Trump’s daughter and son-in-law “the royal family,” according to Ian Bremmer, president of the Eurasia group, and Mike Allen of Axios.

The nickname reflects the prominent place that Kushner and Ivanka Trump occupy within the president’s inner circle of advisers — not just in terms of their familial relationship, but also as White House officials empowered with making policy on a wide range of critical issues.

That outsize influence has rubbed several other current and former administration officials the wrong way, as Allen reported Monday. White House counsel Don McGahn has vented about the complications of having the Kushner and Ivanka working in senior roles, while Chief of Staff John Kelly has moved to restrict the couple’s access to the president when it comes to discussing policy matters.

Now it appears that the “royal” duo, whom former White House strategist Steve Bannon had nicknamed “Javanka,” enjoys less latitude to freelance on issues outside their portfolio, reports Axios. Since Kelly’s move to the West Wing, Kushner has focused more narrowly on the Mideast peace process and NAFTA negotiations, and Ivanka Trump has stuck to pet issues such as paid family leave, a child-care tax credit and STEM education.

Once seen as a “first among equals” in the administration, Kushner has seen his foreign policy responsibilities circuscribed, though they remain substantial. The president’s son-in-law was previously handed negotiating authority on international issues ranging from the Gulf diplomatic crisis to relations with China. But Kelly has pared down some of Kushner’s agenda, most recently insisting that the young advisor stay out of preparations for President Trump’s upcoming trip to Beijing, according to the New York Times.

Kushner’s more limited role follows increased scrutiny on his attendance at a meeting at Trump Tower with a Kremlin-connected lawyer offering derogatory information on Hillary Clinton. He has also drawn negative attention on the White House for failing to disclose his use of a personal email account for official business to the Senate Intelligence Committee.

That unwanted attention, from outside the White House and within the administration, has reportedly caused Trump to question the wisdom of having his daughter and son-and-law play such prominent roles. The president is concerned that he cannot protect them from personal attacks that are beginning to take a toll, reports Politico.