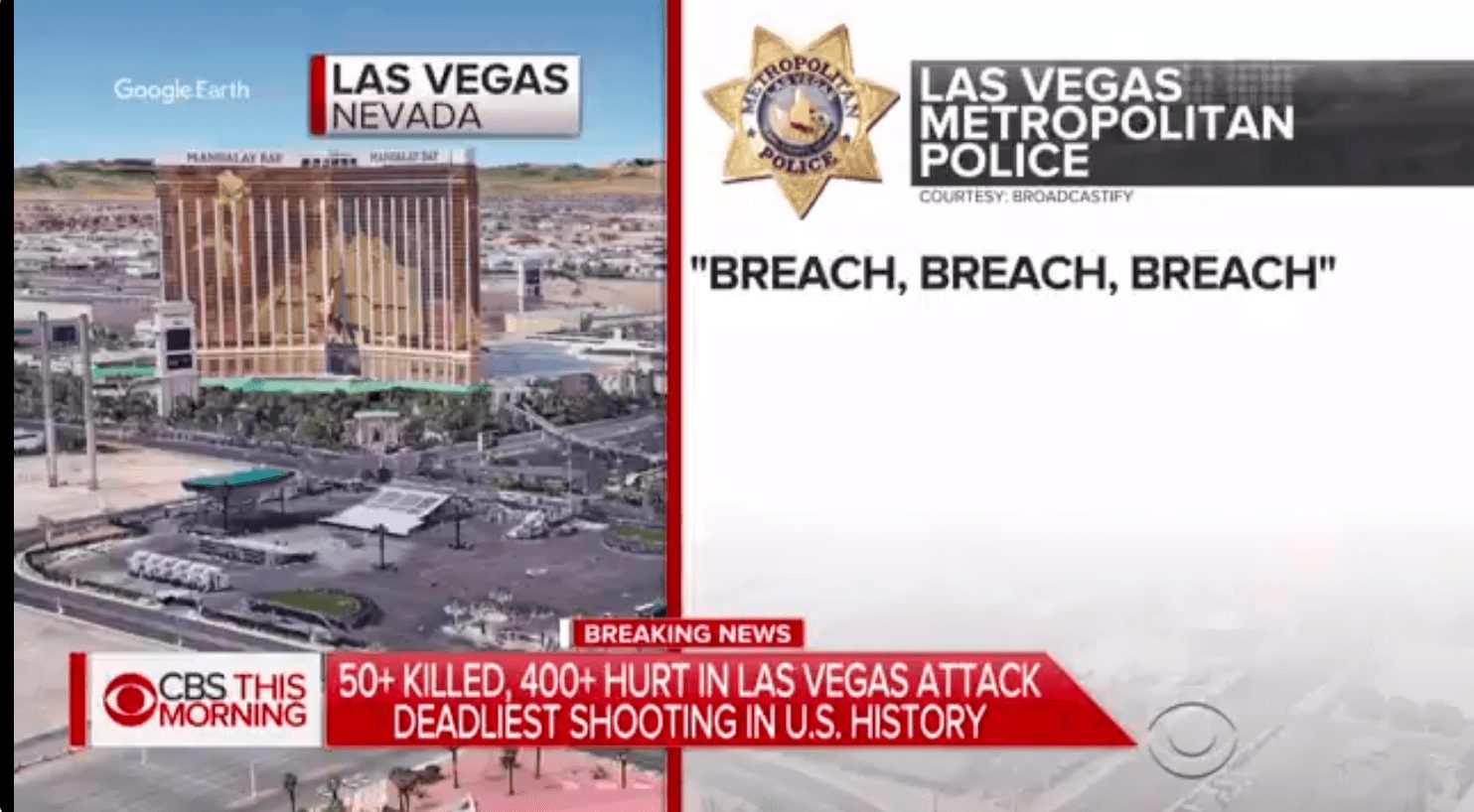 Released audio from the police details the moment that Las Vegas police breached the hotel room of the Las Vegas gunman.

The audio shows officers whispering outside the suspect’s door, detailing the plan of entry.

Then, one officer gives the order to breach. After a bang and a moment of silence, another officer reports that the suspect is down.

At least 50 are dead in the attack and over 400 have been injured.