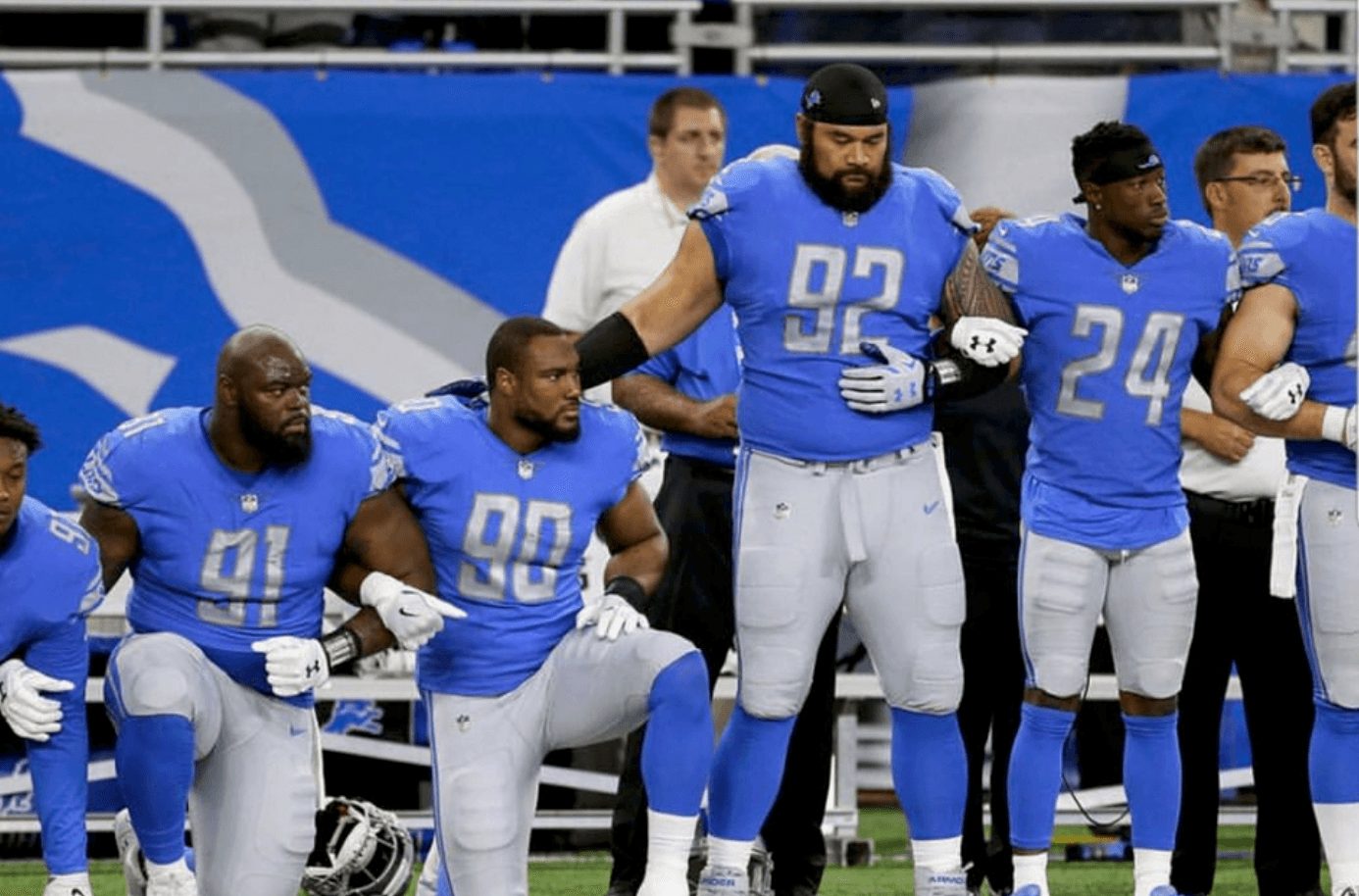 Detroit Lions Owner Martha Ford came up with a solution for the current player protests of the national anthem.

Ford is offering her players both donations and her name towards their own philanthropic pursuits in exchange for the players not kneeling during the presentation of the national anthem, and it appears to be working, The Detroit Free Press reports.

“As a team, we came together, talked to Mrs. Ford, the owners, and we understand the issues for the most part, generally,” Lions running back Ameer Abdullah told reporters. “Me personally, I definitely want to be an aid in growing the social awareness in this country, that it is a race problem in this country.”

“We do dance around the topic a lot and Mrs. Ford has come forward and said that as long a we compromise as a team and unify and make a unified demonstration, she’ll back us financially,” he said. “So I’m definitely going to hold her to her word.”

He told reporters in 2016: “I’m going to continue to stand with the people that are being oppressed. To me, this is something that has to change. When there’s significant change and I feel that flag represents what it’s supposed to represent, and this country is representing people the way that it’s supposed to, I’ll stand.”

The president has come out tough against players and team personnel that protest.

Following the NFL opening weekend protests, Trump said that NFL owners should either fire or suspend players who kneel during the national anthem, and fans should not keep watching games if players continue to protest.

“If NFL fans refuse to go to games until players stop disrespecting our Flag & Country, you will see change take place fast. Fire or suspend!” the president tweeted Sunday morning.

The president’s comments come on the heels of an impassioned speech he gave in Huntsville, Ala., in support of GOP Sen. Luther Strange.

“Wouldn’t you love to see one of these NFL owners, when somebody disrespects our flag, to say, ‘Get that son of a bitch off the field right now. Out,” Trump said. “He’s fired. He’s fired!”

Previous Article
Here Are The Most Awful and Ridiculous Statements Made After The Las Vegas Shooting
Next Article
Marshawn Lynch Wore an Anti-Trump Shirt During Game, Heres How He Played