Marshawn Lynch Wore an Anti-Trump Shirt During Game, Heres How He Played 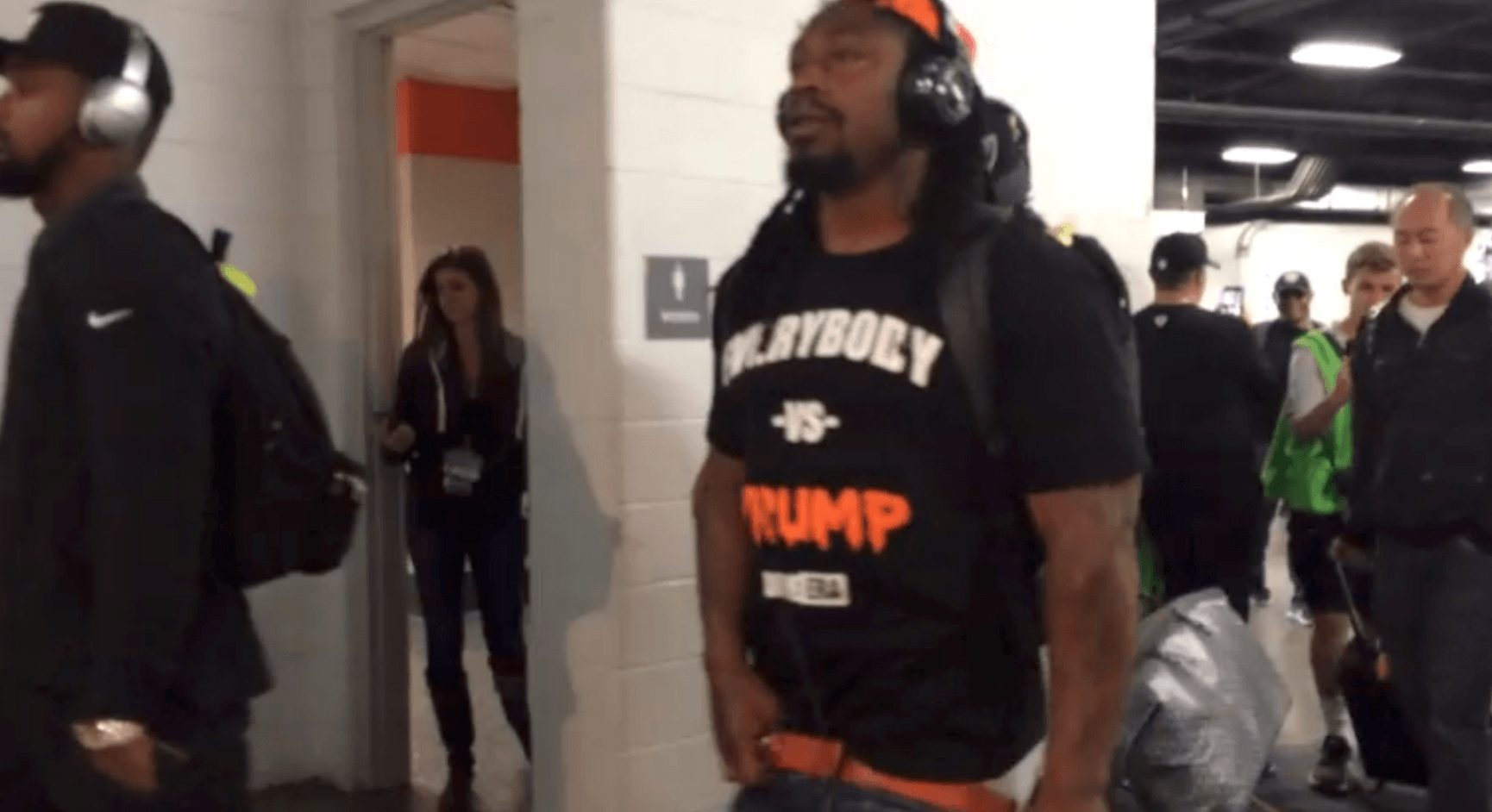 Oakland Raiders running back Marshawn Lynch wore a T-shirt to his game against the Denver Broncos with an anti-Trump message plastered on the front.

“Everybody vs Trump,” Lynch’s T-shirt read, as he walked by the media prior to the game at Mile High Stadium in Denver.

The president has picked a fight with the NFL over protests during the national anthem, in which some players kneel for the song to demonstrate against racial injustice.

However, perhaps Lynch should have instead focused on the Broncos’ defense and his own team’s gameplan, as the running back had a terrible day by any standards. Rushing nine times, Lynch only carried the ball for 12 yards as the Raiders lost to the Broncos, 16-10.

Raiders players and fans may appreciate if the running back focuses more on football than politics.