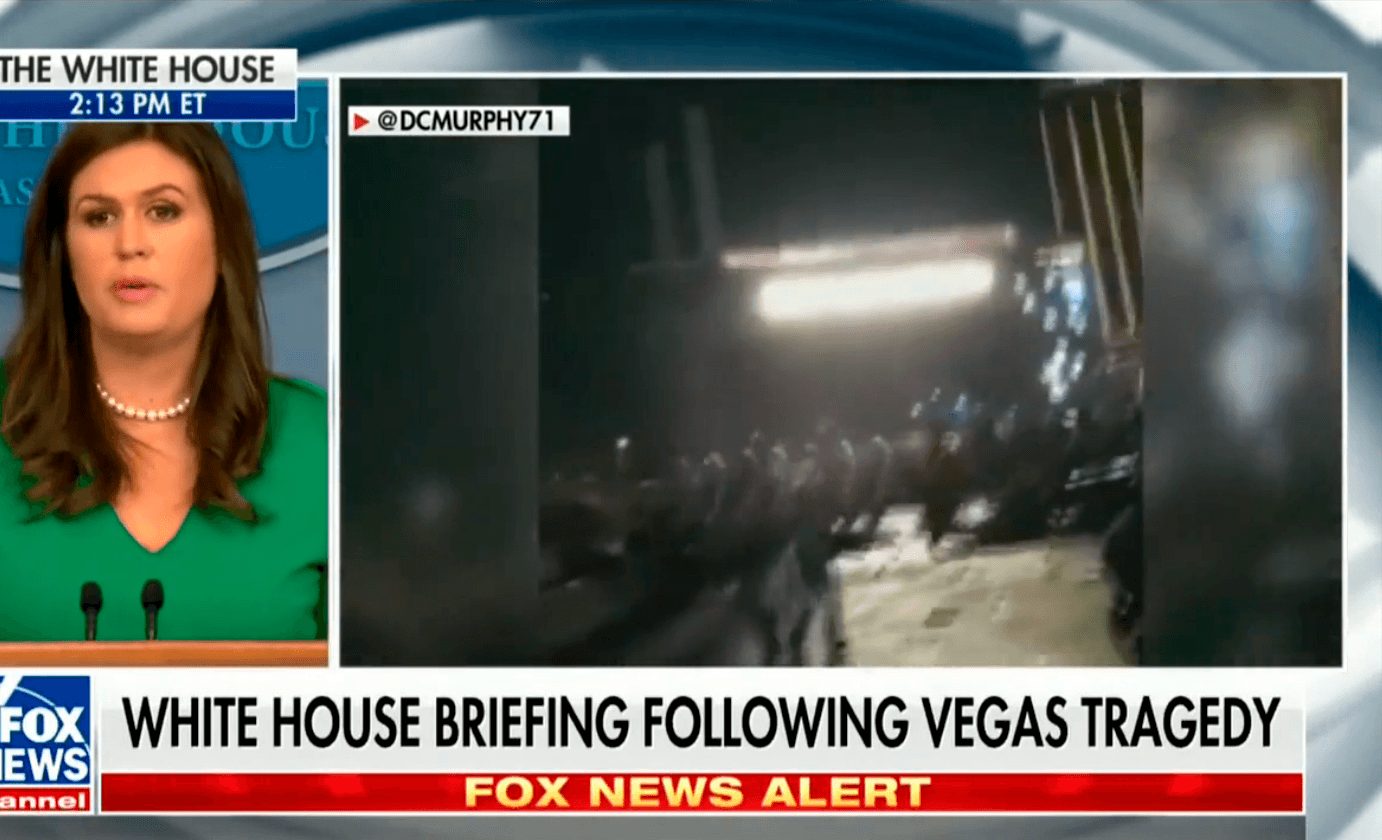 On Sunday night a deranged 64 year old man named Stephen Paddock opened fire on a concert in Las Vegas, killing 58 people and wounding hundreds more. It was the largest mass shooting in US history.

On Monday Sarah Huckabee Sanders stepped up to the podium in the press room to face questions, largely about the events the previous night. Sanders echoed the President saying that the shooting was “an act of pure evil” but instead of diving into the political implications of the tragedy, she decided to tell the stories of heroism and selflessness that occurred while shots rang out. IJR has the main stories:

In closing Sanders said, “What these people did for each other says far more about who we are as Americans than the cowardly act of the killer ever could.”

Then Sanders turned to The Bible. The typical woman-of-steel became slightly emotional as she read from the gospel of John, quoting Jesus when he said:

“There is no greater love than this: to lay down one’s life for a friend. The memory of those who displayed the ultimate expression of love in the midst of an act of hate will never fail. Their examples will serve as an eternal reminder that the American spirit cannot and will not ever be broken.”

Previous Article
Big Difference: Compare Trump’s Actions Vs. Obama’s On Handling the Mistreatment of Diplomats
Next Article
Michelle Obama Lashes Out at GOP, Leaving People To Wonder Who the Real Racist Is